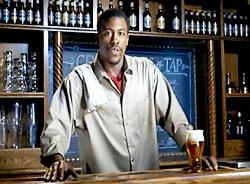 Samuel Adams took the top spot in both perception and quality rankings over the past three months with U.S. beer drinkers, with Corona making the biggest gains in quality that same time period, allowing it to crack the top five.

“It doesn’t have the marketing muscle or wallet of the other brands on the list, but it makes an impression with consumers,” Marzilli tells Marketing Daily.

Next to Corona, Guinness made the second-largest leap in quality perception over the past three months.

Overall beer sales are down this year, but beer is also one of those "affordable luxuries" that consumers can use to reward themselves, Marzilli says.

“And craft beers and imported beers might feel like more of a reward than a more traditional American lager,” he says. “Corona also likely benefits because this data was collected over the summer -- and that matches well with the brand’s positioning as a great beer to enjoy by the shore or the pool.”

The highest ranking large-scale American beer brand on the consumer perception and quality lists is Budweiser, coming in at number seven on the former and 14 on the latter.

Consumer preferences for beer can vary depending on the beer-drinking occasion, the economy, the season, or the weather, Marzilli says.

“And consumers have more choices than ever,” he says. “Marketers need to set their sights on a moving target, not a stationary one.”

All major beer brands were measured using two of YouGov BrandIndex’s scores: Buzz, which asks respondents: "If you've heard anything about the brand in the last two weeks, through advertising, news or word of mouth, was it positive or negative?"; and Quality, which asks respondents, "Is it high quality or low quality?" All results reflect adults age 21 and over who drink beer at least once a week.

The company interviews 4,300 people each weekday from a representative U.S. population sample, more than 1.5 million interviews per year. Respondents are drawn from an online panel of more than 2MM individuals.

None of the brands discussed in the analysis are clients of YouGov BrandIndex.