Under Armour Goes To Shanghai 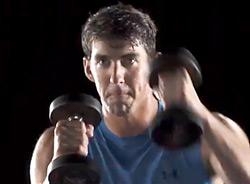 Athletic gear and apparel company Under Armour has launched a retail space in Shanghai that includes a 360-degree theater experience that is intended to introduce the Chinese athlete to the brand.

Housed at the Jing An Kerry Centre in Shanghai, China, the UA footprint welcomes visitors with a short film mixing ads with vignettes about athletes. Hosted by Phelps, the film uses a series of stories like a training session with NBA star Brandon Jennings, rooftop yoga in Shanghai and the team running out to the pitch at Tottenham Hotspur's home turf, White Hart Lane.

After the short film ends, performance trainers will guide guests to a separate section of the store featuring a limited selection of the brand’s footwear and apparel including the new UA Speedform RC running shoe. The company's CEO Kevin Plank, in a promo video, says the company's strategy is to lead with "with our story and bring people into the best Under Armour experience possible."

The Baltimore-based brand is shooting for global expansion with a major focus on Asia: China, Hong Kong and Taiwan. The company says it has opened six Under Armour specialty stores on Mainland China in the past two years and one in Taiwan. The Hong Kong expansion was via a deal with retailer GigaSports.

Under Armour is also on a tear, building both market share and sales. The company posted a 23% increase in first-quarter sales to $472 million, showing the strength of its Alter Ego line. Its U.S. athletic shoe market in the U.S. rose to almost 2%, though Nike has about 60% share.

Next week, the company reports third-quarter results and if it's anything like the past quarter, it will be salubrious. In the quarter ending in June, UA reported a 23% in lift in net revenues. The company said it is getting traction from Storm and Charged Cotton platforms, with footwear revenue up 21% to $82 million, led by Highlight football cleats and the UA Spine platform.

The company has created dedicated retail stores including a new flagship in Baltimore with a brand experience feel, but it also has a retail strategy in the U.S. around branded sections in sporting goods stores like Dick’s Sporting Goods -- not to mention Bloomingdale's, because of its women's apparel line.

The company has been supporting the women's side of the business with gymnastics as well, which is also aligned with global ambitions: The company got into gymnastics sponsorship this year for both the men and the women's competitions and going forward will have a presence at the Summer Olympics.