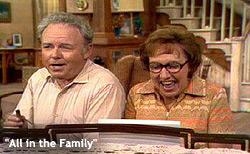 Gun control has been very much in and out of the news during the last two years. It’s easy to see gun violence and gun ownership as issues that have never been more critical. The cable news networks and the Internet have seen to that, especially in the wake of the many mass murders occurring between Columbine High School in 1999 and the Washington Navy Yard earlier this month. Of course, there were many such events before the horror in Littleton, Colorado and even more schoolyard shootings, especially during the Nineties. But cable news and the Internet weren't in place then to the extent they are now, and for most of us social media wasn't even an idea, let alone a thing.

Much of the focus of current gun law controversies focuses on the dangers of assault weapons versus handguns. Certainly, the latter are ostensibly less dangerous than the former, at least in comparative terms. That has been the thrust of the discussion during the last year -- especially after the mass killings in Aurora, Colorado and Newtown, Connecticut.

I had settled into that thought pattern myself until I came across a recent episode of the Seventies classic “All in the Family” on the invaluable retro network Antenna TV that was all about conflicting opinions on gun control and the urgency of the matter. This episode was first telecast 40 years ago!

It will come as no surprise to anyone familiar with the show that narrow-minded arch-conservative Archie Bunker believed that everyone should be packing a “rod” while his outspoken, liberal son-in-law Mike Stivic thought all guns should be banned.

The argument kicked off when Archie and his family watched an editorial about gun control by a man named Lyle Bennett, the general manager of one of their local television stations. (Back in the pre-cable days, such editorials were commonplace on local stations, especially in the tri-state area, and they often had the same powerful impact as editorials and letters to the editor in local papers. Those were the days, indeed!)

Shockingly, Bennett could have been talking about America today. “[There is a] terrible virus that has infected the country, an evil we have permitted for too long,” he began, as Archie seethed. “The state must be willing to buy back every gun in private hands. Only by enforcing even tougher gun laws can the tide of violence and death be halted. Guns must go before more of them go off.”

The heated conversation that followed between Archie and Mike sounds like a history lesson when heard today, with Archie equating gun ownership to manliness, as seen in movies starring “Duke Wayne, Gary Cooper and Clint Westwood.” (Yes, you read that last name correctly; Archie had a way of mangling names and the English language with equal aplomb.)

“As an American it's my right to pack a rod!” Archie asserted.

“You mean bull to the Constitution?” Archie asked.

“It doesn’t say that in the Constitution,” Mike corrected.

“It’s my God-given right to have a gun in the house!” Archie declared.

“What the Supreme Court says ain't got nothin' to do with the law!” Archie declared in that way he had.

Mike pointed out that the Second Amendment qualifies the right to bear arms as follows: “… a well regulated militia being necessary to the security of a free state the right of the people to keep and bear arms shall not be infringed.” But Archie wanted no part of the full meaning.

Chillingly, Archie's daughter Gloria brought up a statistic that was current at the time -- again, 40 years ago. “Did you know that 65 percent of the people murdered in the last ten years were killed by handguns?” she asked her father.

“Would you feel any better if they was pushed out of windows?” Archie replied.

“England has gun control,” Mike pointed out. “They had less than ten handgun murders last year. The United States had over eight thousand.”

During his on-camera rebuttal, Archie addressed concerns at the time about sky-jacking, which he said he would end by having the airlines arm all of their passengers. “The airlines wouldn’t have to search all your passengers on the ground no more,” he explained. “They just pass out the pistols at the beginning of the trip and take them back at the end.”

At the end of the episode, the entire Bunker family went to their neighborhood bar to have a drink. Two men came in, and one of them recognized Archie from his televised editorial reply. “I couldn’t have said it better myself,” the guy said of Archie’s pro-gun stance. Then he pulled out a gun and robbed them.

Watching the episode, I was struck by the fact that all of Archie’s shortsighted raving and all of Mike’s liberal ranting were centered on concerns about handguns. A future filled with assault weapon violence was as remote a concept at the time as sending an e-mail. And yet, as this essential episode of “All in the Family” made clear, the issues surrounding guns were just as vivid and alarming 40 years ago as they are today -- and, as dialogue during the episode about the assassinations of President John F. Kennedy, his brother Robert Kennedy and Martin Luther King, Jr. indicate, during the Sixties as well.

I sometimes think those of us who are old enough to remember them the first time around should make time to watch the first eight seasons of “All in the Family” all over again. Millennials, meanwhile, might benefit from watching them as a brilliant study of the social history of America during the time when their parents were kids and a much-needed reminder that the problems of their day were issues for previous generations as well.

cause-related, tv
7 comments about "'All in the Family' Reminds Us That Today's Issues Were Yesterday's Problems".
Check to receive email when comments are posted.
Read more comments >
Next story loading