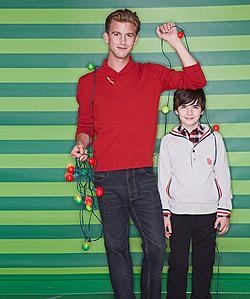 A new survey from Deloitte shows that for the first time, American consumers say the Internet is their most likely destination for Christmas shopping, ousting discount stores and pushing department stores even further down the pecking order. To fight back, chains like Kohl’s, Macy's and JC Penney are flexing their own omnichannel muscle, as well as changing schedules to better compete with discounters.

The good news for all retailers is that Deloitte's survey offers one of the most bullish predictions for the season ahead, forecasting that consumers will spend some 9% more this year than last, or $421. But the study also shows some seismic channel shifting, with 47% now saying they expect to shop  the Internet this year, up from 45% last year. And just 44% say they will shop at discounters and department stores, a big drop from the 51% last year.

One way that department stores are hoping to become more relevant is by opening earlier. Kohl’s is the latest department store to stretch the boundaries of Black Friday, and says it will open at 8 p.m. on Thanksgiving, and that stores will be open for 28 hours straight -- through midnight Friday nationwide. That follows similar announcements from both Macy's and JC Penney. Until this year, only discounters -- led by Walmart -- had opted for 8 p.m. openings.

Kohl’s is also upping its digital game, and next month will offer a Virtual Snapshot with Santa app, including a partnership with Shutterfly to turn photos into greeting cards, a mobile wallet app that will allow shoppers to track their Kohl’s Cash, and aggressive Social Savings promotions with its 10 million-plus Facebook fans. (Broadcast advertising is scheduled to tie in with "The Voice" and the American Music Awards this holiday.)

Macy's is also tweaking its mobile app so shoppers can plan a personal Black Friday shopping strategy, and view its Black Friday specials beginning Nov. 21, creating customized lists it can share with friends.

Deloitte predicts such innovations will be key, with 68% of smartphone owners and 63% of tablet owners saying they plan to use their devices to help them shop, with smartphones being used more for finding store locations, and tablets more likely to used for browsing and shopping. And 45% — as was true last year — say they will use social media to assist their holiday efforts, as well.