Samsung Signs On As NBA Partner 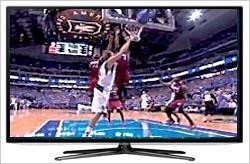 Samsung Telecommunications America has signed on as a comprehensive marketing partner for the NBA and its associated properties (including the WNBA and the NBA's Development League).

“It's been something we've been working on for a while. We both have similar attributes in that we want to be leaders in our respective spaces,” Dan Rossomondo, senior vice president of global marketing partnership for the NBA, tells Marketing Daily. “What they bring to us is they are a technology leader, and what we bring to them is that we are a social media and digital leader.”

The multiyear marketing and technology arrangement will allow Samsung to use a variety of assets, including league events, television and digital exposure and customized content on Samsung devices. Samsung's electronics will be integrated into the league, including giving NBA referees access to Samsung tablets and technologies to use throughout the season to review plays. “That's just the tip of the iceberg,” Rossomondo says. “What we took a lot of time to discuss [in negotiations] is where they could be integrated throughout the league.”

The league will also use Samsung devices during league events such as the NBA All-Star Game, playoffs and finals and the NBA draft. Samsung will also serve as the title partner of the NBA Summer League and will be an associate partner of other event. The brand will also have a significant advertising presence during game telecasts on ABC, ESPN and TNT. Samsung will also offer a wide range of content including NBA League Pass (for those who already subscribe to the league’s live game content) daily video recaps of games, expert analysis and commentary, and sponsor of the return of “NBA Inside Stuff.”

‘With this partnership Samsung and the NBA are committed to elevating the future of the game with innovative product and service solutions for the players, coaches, referees and fans,” said Todd Pendleton, chief marketing officer for Samsung Telecommunications America, in a statement. “With these new experiences players will be able to take their game to the next level while fans will be able to engage in new ways with their favorite teams and players.”