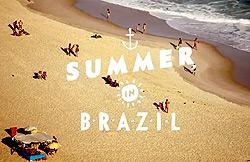 Big spenders in advertising are holding off on big increases in ad spend, but emerging markets are trending toward increased advertising spend, according to Nielsen 2013 ad spend data covering the first half of the year. The balance worldwide stayed positive, per the firm.

Nielsen says that worldwide, companies are increasing spend as markets recover from the recession. Expenditures are up 3.5% in the second quarter and the same amount year-to-date through June versus 2012. Latin America drove the increase with a 13.1% increase to $13.5 billion year-to-date.

Nielsen reports that Argentina had the best growth in Latin America with Indonesia, China and the Philippines having all contributed to double-digit ad growth in Asia-Pacific for the first half of 2013. Latin America was up 13.1% in media spend; Asia Pacific had a 6.4% increase; the Middle East and Africa boosted spend by 3.9%; and the U.S. increased ad spend by 2.7%, per Nielsen's Global AdView Pulse report.

Europe was the one market with negative spend -- down 6% in the first half --due to stubborn economic problems there. However, while spend declined in major Euro markets through June, Norway, Switzerland, and Greece increased their budgets 2.5%, 0.6%, and 7.4%, respectively.

Through June, the global auto sector was down by 3.1% worldwide, although the category kept 9.2% share of ad spend. Also down were financial services and entertainment, at 1.7% and 1.2%, respectively.

Health care ad spend increased 2.5% year-over-year, per the media measurement company, while consumer goods shelled out 5.7% more on media dollars, resulting in the sector retaining the biggest slice of the totally pie, with 21.3% share of ad spend. The industry and services sector -- which includes business services property, institutions and power and water -- boosted ad spend by 7.2% percent, keeping it at 11.3% share of ad spend.

Beard said that the big-pockets advertisers -- those that typically rank near the top or at the peak of media buyers -- have been generally skittish. “Auto and financial categories reducing their spending in the face of slower than expected economic growth. The balance between advertisers within some sectors, media types and regions cutting back, while others' budgets increase produced a relatively flat growth pattern of 2.8%.”