'Dancing With The Stars': Dazzle And Drama Don't Triumph On Twitter 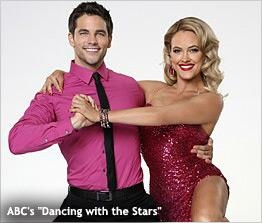 Nielsen's Daily Top Five and Weekly Top Ten Twitter TV Ratings continue to offer fascinating insights into Twitter usage during the “live” presentations of television programs while also calling into question whether or not the total tweet activity that particular shows generate warrants any special attention at all.

Consider the Twitter activity during last night’s two-hour live telecast of ABC’s “Dancing with the Stars.” It was perhaps the liveliest and most surprising installment of the show this season, with the legendary entertainer Cher sitting in for reliably cranky Len Goodman at the judges’ table and also singing two songs as elaborately costumed and choreographed dancers performed around her. (Flashbacks to “The Sonny and Cher Comedy Hour” in the swinging Seventies could not be helped, nor a sudden longing for the return of variety hours to prime-time television, which feels rather empty and airless without them when you think about it. Univision could teach English-language television a thing or two in that area.)

Further supercharging last night’s edition of “Dancing” was the wholly unexpected elimination at the end of the show of Brant Daugherty, a young actor best known for brief roles on ABC Family’s “Pretty Little Liars,” NBC’s “Days of Our Lives” and Lifetime’s “Army Wives.” Daugherty -- who had no dance experience when the season began -- has been one of the surprise standouts this season, steadily improving and increasingly impressing the judges week by week and holding his own against frontrunners Amber Riley and Corbin Bleu, both of whom bring a great amount of professional dance experience to the competition. (Is it at all strange to see a star of Fox’s musical extravaganza “Glee” and a co-star of Disney’s three high-octane “High School Musical” movies taking the lead in a dance competition against ten people who have never danced in a professional capacity?)

Anyway, with all the Cher action and the dumping of Daugherty, one might have assumed that the Twitter activity during the show would have grown from the previous week. But last night’s “Dancing” actually generated noticeably fewer tweets versus the previous week’s show, when Nicole Polizzi got the boot (approximately 46,000 tweets viewed by 1,715,200 accounts versus more than 59,000 tweets viewed by 2,240,000 accounts).

The excitable hosts of ABC’s “Good Morning, America” this morning were declaring that Twitter was “electric” last night during Cher’s hosting stint, but the raw Twitter data suggests that it wasn’t as hot as last week. Meanwhile, Nielsen says NBC’s “The Voice,” which was telecast opposite “Dancing,” generated a whopping 145,000 tweets viewed by 1,952,000 accounts. That was a big boost for “The Voice” in Twitter activity when compared to last Monday’s show (94,000 tweets viewed by 1,628,000 accounts).

Evidently, Cher isn’t the tweet magnet one might expect, although she boasts more than 1,865,000 followers on Twitter. But the Daugherty dive is even more puzzling. He has a fair amount of Twitter followers for a young television star (166,619), but the fact that he is strongly associated with “Pretty Little Liars,” which has by all measures earned the title of Most Social Television Series during the last two years, and the fact that he proved to be a damn good dancer raises questions about the voting audience for “Dancing with the Stars” and the tweeters who consistently keep the show at the top of Nielsen’s Twitter Top Ten. Daugherty’s association alone with television’s most social show would suggest that he might have made it to the coveted top three even if he only showed up to mop the dance floor. Ah, well.

Rounding out Nielsen’s Daily Top Five Twitter rankings for Monday night were “WWE Monday Night RAW” on USA Network, “Love & Hip Hop” on the increasingly tweet-tastic VH1 and the tired CBS sitcom “How I Met Your Mother,” which competed directly against “Dancing with the Stars” and “The Voice.”

The ten programs that generated the most Twitter activity during the week of October 28 were AMC’s “The Walking Dead” (pumped, no doubt, by the startling story turn surrounding mild-mannered Carol), “Dancing with the Stars,” NBC’s “Saturday Night Live” (a grand showcase for the heretofore unknown comedic talents of guest host Kerry Washington), a Tuesday edition of Fox’ buzz-challenged “The X Factor” (to which we say, “huh”?), FX’s “American Horror Story: Coven,” “The Voice,” MTV’s “Awkward,” ESPN2’s telecast of the 2013 Gold Glove Awards, ABC’s “Scandal” (another Twitter win for Kerry Washington) and “WWE Monday Night RAW.”