Thanks to stepped-up marketing, Macy’s 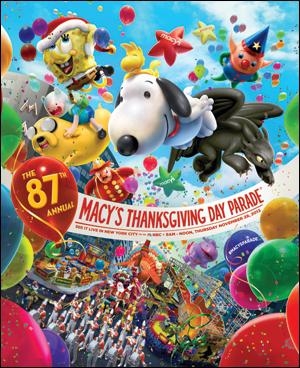 is heading into the holiday season with a bang, posting third quarter results that have observers cheering.

“Our improved sales performance resulted from continued success in the execution of our key strategies,” says Terry J. Lundgren, chairman, president and chief executive officer of Macy’s, Inc., in its release. “In addition, business in the third quarter benefited from intensified marketing strategies to emphasize the outstanding value in our merchandise deliveries.”

He says sales improved in every region, with October showing particular strength.

Based on those results, and the ongoing  renovations in the main selling floor of its Herald Square flagship, “we are entering the fourth quarter with confidence,” says Lundgren. “Our success in the fourth quarter will be driven by a wide selection of exclusive products. We will bring them to our customers, whether they shop in our stores, online, via mobile -- or all three. Our in-store and online executions will complement each other, and our marketing will clearly communicate the Magic of Macy’s and the exceptional holiday fashion at Bloomingdale’s.”

Analysts at Sterne Agee liked the results so much that they raised earnings expectations, writing that Macy’s “made some intelligent halftime adjustments at the end of the second quarter that paid off handsomely in the third. This is what good management teams do. Specifically, after a tough June/July, Macy’s called an audible and turned up its marketing efforts to amplify its value message.”

And it looks Macy’s is cropping up on more consumer shopping lists too. The latest ranking from the YouGov BrandIndex says that Macy’s has shown the greatest growth in consumer purchase consideration, with Nordstrom coming in second.

There are still many other brands ranking ahead of Macy’s. Reports YouGov: “Three weeks away from Black Friday, Amazon, Best Buy, Wal-Mart, Target, Old Navy and eBay are the retailers best positioned for both potential sales and value perception simultaneously with consumers.”