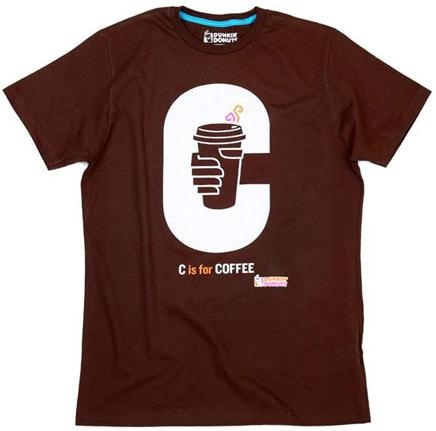 Dunkin' Donuts is selling T-shirts featuring the winning design from its first global T-shirt challenge as one of its holiday merchandise offerings.

Dunkin' launched the T-shirt contest in partnership with the Threadless online creative community in September, on National Coffee Day.

Dunkin' reports that it received more than 1,000 design submissions.

Dunkin' is also offering limited-time holiday deals, including three pounds of its packaged coffee, or two boxes of its K-Cup packs, for $19.99.

With restaurant chains battling for share of holiday business, Dunkin' is also promoting its restaurants as places for Black Friday shoppers to recharge (some  Dunkin' locations will be open before 5 am that day), and stressing that nearly all of its U.S. locations now offer free, high-speed Wi-Fi.