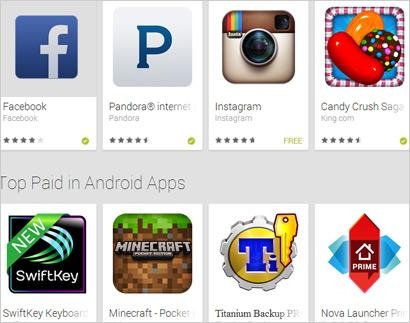 After a few years of brand marketers going back and forth on the value of mobile apps in their overall strategy, almost all the major players have erred on the side of presence. According to analytics firm Distimo, 92 of the top 100 brands have an app in the Apple App Store, followed by 75 in Google Play. Amazon, however, has not made a compelling case among marketers for a need to be visible in the Amazon Appstore, where only 28 of the top brands are present. Distimo measured app presence among Interbrand’s Best global Brands using its own AppIQ platform for determining downloads and revenue from all apps in the respective app markets.

Brand presence varies widely according to app environment, however. In the Apple App Store, entertainment companies Sony (287 apps) and Disney (251) are far and away the leading brands in terms of total app count. Volkswagen (178), Samsung (173) and Nestle (120) follow these leaders.

In Amazon’s Appstore, Amazon itself (109) is by far the leading developer using the platform. But in this environment which serves both Kindle and Android devices, Disney (23) and Sony (21) are making some effort, followed by Adobe (11) and IBM (5).

In terms of total downloads in October 2013, however, Google actually dominates the iOS platform, with YouTube leading the way with the most popular download on the platform. But Google also has Google Maps (#3), Google Search (#4), Gmail (#8) and Chrome (#9) among the top ten. Apple only has three app titles in the top ten on its own platform: Find My Phone (#5), GarageBand (#7) and iBooks (#10). Facebook is the second most popular download in iOS in October. Still, on a revenue basis, Apple’s suite of apps -- including Pages, iMovie, Keynote, Numbers, GarageBand and iPhoto -- occupy the top six spots among the highest revenue generators in the Apple App Store.

No doubt because of family sharing of Kindle devices, Disney has the most reach on Amazon’s Appstore, with six of the top ten most downloaded apps, including list leader Where’s My Water 2 in October.

In terms of overall downloads, the technology segment is responsible for the overwhelming majority of apps on people’s phones: 67% of iOS downloads and 75% of Google Play downloads. Amazon, however, and no doubt driven by Disney games, sees 57% of its app downloads coming from the media segment.