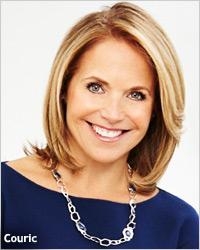 As expected, Yahoo on Monday announced that Katie Couric will join the Web portal early next year as “global anchor.” In that role, she will lead a growing team of global correspondents covering world events and host a monthly interview series with newsmakers and thought leaders.

The television news star is by far the biggest media personality Yahoo has landed as it strives to rejuvenate its brand and ad business under CEO Marissa Mayer.

Reports of an imminent deal spread quickly on Friday, although rumors of Couric  heading to Yahoo have circulated since August, when AllThingsD first reported on efforts by the Internet giant to woo her.

"Katie’s depth of experience, her intellectual curiosity and her charisma make her the perfect choice to anchor Yahoo News and the whole Yahoo Network,” stated Mayer. Her unmatched energy, savvy and versatility enables her to connect with audiences across the globe."

According to The Hollywood Reporter, Couric negotiated an early exit from her wide-ranging 2011 deal with ABC, including a syndicated daytime talk show and a role as “special correspondent” for ABC News. Yahoo today said Couric would continue hosting her talk show “Katie,” although a decision on whether it will be renewed for a third season is reportedly pending.

Couric joined the network after serving as anchor of the “CBS Evening News,” but is best known for her tenure as co-host of NBC’s “Today Show” from 1991 to 2006. “It's very exciting to be a part of a leading company at the intersection of content and technology,” said the TV news veteran in prepared remarks, which also cited her “admiration” for Mayer.

Couric is the latest in a string of high-profile news hires by Yahoo, which has made The New York Times a favorite target for poaching talent. Most recently, that includes well-known tech columnist David Pogue to launch a new tech site, and political columnist Matt Bai. But none come close to matching Couric’s prominence as a media personality.

Her hiring also underscores Yahoo’s efforts to enhance its original video offerings and draw advertisers hungry for professional programming online. Along with its lineup of nearly 50 Web series. Yahoo earlier this year acquired the rights to the “Saturday Night” clip archive, and launched Yahoo Screen as its revamped video hub.

Through Yahoo’s alliance with ABC News, Couric already had a spot in its lineup with “Katie’s Take,” a weekly which featuring mainly material from her “Katie” talk show on ABC. Now she’ll be at the heart of Yahoo’s video plans, getting distribution and promotion across the company’s network and platforms.

With its higher ad rates and faster growth, video holds the potential to help Yahoo offset shrinking revenue from its sagging display ad business. U.S. online video ad spending is expected to grow 41% to more than $4 billion this year, according to an eMarketer forecast.

Yahoo would like to grab more of that total from YouTube and AOL. But once the publicity dies down, can Couric’s arrival help Yahoo turn things around? Vik Kathuria, managing partner, GroupM’s MediaCom, notes that AOL has gone a similar route with Web sites or shows hosted by celebrities, like Heidi Klum and Marlo Thomas.

“So far, the AOL efforts have been mixed at best as the content wasn't terribly innovative or original,” he said. For its part, Yahoo has recruited TV talent, including John Stamos and Ali Wentworth, to host original shows. Couric may be seen as a bigger name, but she no longer has the same visibility as during her “Today Show” days.

Weak ratings and other factors raised speculation that her ABC daytime talk show might not be picked up for a third season. Bringing on Couric also won’t help Yahoo reach a younger demographic, given her core audience of professional women. Still, giving her interviews and other content featured on Yahoo should help boost the site’s video audience and engagement overall, said Kathuria.

Yahoo was again the top site in the U.S. in October, with an audience of almost 196 million monthly visitors, followed closely by Google, with 194 million. But Google-owned YouTube is still dominant in online video, drawing 165 million U.S. viewers last month, compared to 42.3 million for Yahoo, which had the seventh-highest-ranked video audience