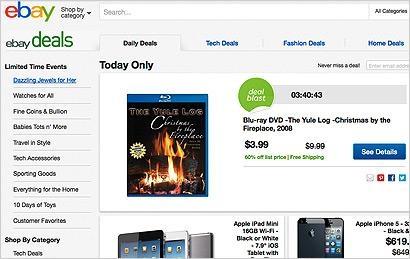 ComScore has released its holiday e-commerce forecast for the year, predicting that total online spending via desktop computers will reach $48.1 billion in the U.S. -- a 14% jump from last year. And it is estimating that mobile commerce sales will reach $7.1 billion for the November-December holiday season, representing 13% of total digital commerce. Combined, it expects total spending across digital channels to come in as $55.2 billion for the season, with a growth rate of 16%.

And while no single day's sales have topped the $1 billion mark yet this year, three have topped $900 million. And comScore expects “to see that spending threshold eclipsed numerous times during the post-Thanksgiving period,” says Andrew Lipsman, comScore VP/marketing & insights, in its release. “Black Friday and Cyber Monday can both be expected to easily surpass that total, with Cyber Monday already beginning to point toward $2 billion.”

The Reston, Va.-based company, which measures many aspects of the digital world, says that thus far, shoppers have already spent $18.9 billion via desktop computers -- a 14% jump from the same period a year ago.

The company says its prediction is tempered by the season’s shorter, 26-day period -- adding that Hanukkah, which begins in November this year, has pulled some spending forward “and likely added a boost to the early November shopping period.” But it says its forecast “still represents a strong outlook versus last year that highlights the continued channel shift to online.”

Earlier this week, Forrester issued its forecast -- predicting a gain of around 15%, with total spending expected to reach $78.7 billion.