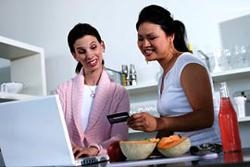 With Black Friday almost upon us, comScore on Tuesday projected that holiday online shopping in the U.S. will increase 14% this year to nearly $48.1 billion.

That’s on par with a 14% gain in seasonal spending in 2012, although comScore had initially projected a 17% increase last year. The Web research firm tempered its outlook this year partly because of the shorter 26-day shopping period in 2013 between Thanksgiving and Christmas. With Hanukkah beginning in November this year, some spending has been pulled forward, giving a boost to shopping earlier this month.

“The heaviest online spending day thus far fell just shy of $1 billion in sales, and though we’ve not yet reached that benchmark we can expect to see that spending threshold eclipsed numerous times during the post-Thanksgiving period,” stated Andrew Lipsman, vice president, marketing and insights at comScore.

“Black Friday and Cyber Monday can both be expected to easily surpass that total, with Cyber Monday already beginning to point toward $2 billion,” he added.

In addition to the 14% rise in desktop-based buying this year, comScore expects m-commerce spending will contribute about two percentage points to that rate, for a total digital commerce growth rate of 16%.

Shop.org, the online arm of the National Retail Federation, in October predicted that online holiday sales would grow 13% to 15% this year to $82 billion, including sales from kiosks, direct-to-consumer and mobile.