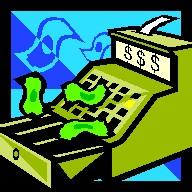 Driving home from a great Thanksgiving gathering yesterday, my family kept asking me what that sound was that the phone in my pocket made periodically.

Each time we passed a mall of shopping center, that familiar ka-ching was triggered by my RetailMeNot app.

Never mind that we were cruising around 60 miles an hour and none of the malls or stores suggested were even open, we still got the familiar ka-ching.

While those physical stores may have been getting warmed up for their midnight openings, mobile shoppers already were quite active already buying online.

In today’s world of real-time tracking, we already see that overall Thanksgiving day sales were up 20% from last year, according to the IBM Digital Analytics Benchmark.

IBM has measuring millions of online transactions from some 800 retails sites daily, including physical and online-only retailers.

Even if some brick and mortar stores weren’t open, consumers still were active, with an average order value of $128, with sales skyrocketing at 8 p.m., according to the IBM data.

Consistent with tons of other research, tablets led with 17% of online sales compared to smartphones at 9%.

What strikes me as interesting here is not just the percentages of sales moving to mobile, but the actual size of the sales.

The average order size from smartphones was $110, somewhat denting the idea that consumers won’t make large purchases from their phones.

Another insight from the data is from where people bought from yesterday, with the top cities for overall online shopping being New York, Atlanta, Chicago, Los Angeles and Washington, D.C.

And adding to the argument of the significance of mobile for physical retailers, digital sales from department stores grew by more than half (60%) over last year.