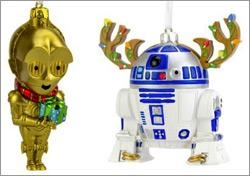 As Pinterest flexes its e-commerce prowess, Target is increasing its commitment to the platform -- launching the Target Awesome Shop, a beta shop aimed at its most digitally adept customers.

The Minneapolis-based retailer says its digital team pulled the site together in just a few weeks, focusing on the overlap between the top-trending items on Target.com and those that have user reviews of four stars or more. The new site “combines two things we know our guests love: Pinterest and top-rated Target.com products,” the company says in its announcement.

“Increasingly, our guests are digitally connected, time-starved, savvy moms who are looking to social channels like Pinterest and retailers like Target for inspiration,” Dustee Jenkins, Target’s VP/public relations, tells Marketing Daily via email. “We know our guests are highly engaged on Pinterest and love discovering Target products there. Last holiday season, Target was the most-pinned retailer on Pinterest, according to one study, and Target.com’s traffic from our Pinterest page rose 70% after we implemented product 'Rich Pins' earlier this year.”

She says the company has already seen a positive response from guests when highlighting top-pinned items, with Target’s “Pins You Love” board one of its most active boards. “The new site is designed for discovery and inspiration, and we’re excited to see how our guests respond.”

Pinterest and other visual platforms, including Instagram and Tumblr, are gaining clout with shoppers. Analytics firm Piqora says that revenue from Pinterest more than tripled on CyberMonday, based on site traffic and revenue-per-visit of some 400 brands. It says that while traffic on Pinterest remained steady over the entire Black Friday weekend (which is says makes sense since consumers were more focused on buying than browsing), revenue from Pinterest doubled over Black Friday and the entire Thanksgiving weekend. On Cyber Monday, revenue was 3.6 times higher, compared to a 30-day average preceding Thanksgiving. And users’ top tags? Boots and coats.

“This proves that people aren’t just pinning for the sake of pinning,” the company notes in its analysis. “They are pinning to buy and they are going to Pinterest to look for products. Pinners pin before they buy and they click on their past pins when they are ready to buy them. A bulk of those purchases (from self pins) happen between the second day and four weeks of pinning.”