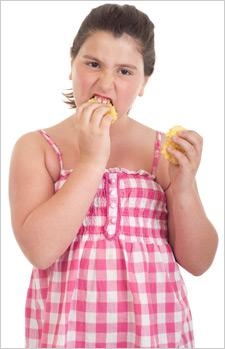 In a year when several new "Let's Move!" initiatives by First Lady Michelle Obama generated widespread media coverage, it's perhaps not surprising that fighting obesity in children was the food-related story that generated both the most awareness and the most concern among Americans during 2013, according to Hunter Public Relations's 11th annual Food News Study.

In awareness terms, 2013's #2 and #3 stories were the short-lived absence and subsequent revival of iconic Hostess Twinkies, and New York City's ban of large-size sodas and other sugar-sweetened beverages (the soda ban came in #9 in 2012). However, while 90% of respondents were aware of these much-covered and debated stories in 2013, just 10% and 14% expressed concern, respectively, about Twinkies or the soda ban.

Also in 2013's top five for awareness: labeling of GMOs, and reports alleging medical emergencies and deaths related to consumption of Monster and other energy drinks (the FDA is still examining the safety of such beverages).

After childhood obesity, the stories rated highest for concern were GMO labeling, crops and climate change, the energy-drink controversy, and the U.S. farm bill. (The farm bill is still languishing in Congress, although a threatened spike in milk prices that got wide coverage now appears unlikely, at least through January.)

Food safety issues of one kind or another ranked among the top three stories in awareness for the past six years, but none (unless you count GMO labeling) made the top five this year. Similarly, for the first time in five years, food prices failed to make the top-in-awareness list, although 34% of respondents reported that they are doing more food-price comparison shopping in 2013.

Half of those surveyed said they took action based on food news stories they had seen this year.

Web sites are now also the top source for food nutrition information: 47% of Americans say they get their nutrition news online.

Trust issues are a key factor in choices of media as sources for food news and information. Respondents ranked health/medical sites, books/cookbooks, magazines, TV anchors and health experts as among the most trusted sources, while newer social platforms (including Instagram) and comments from celebrities were ranked the least-trusted.

However, Hunter notes that use of, and trust levels regarding, traditional versus social media as food information sources do vary by generation. (A follow-up paper outlining more specifics by segments is planned.)

For Hunter's 2013 Food News Study, Libran Research & Consulting conducted a quantitative online survey among 1,000 Americans age 18 and older (recruited via an email invitation). The respondent sample was balanced to the U.S. population on key demographics. The survey's reliability is plus or minus 3.1 percentage points (the odds are 95 in 100 that a survey result does not vary, plus or minus, by more than 3.1 percentage points).

A sign-up to obtain the full 2013 Food News Study white paper is on Hunter's site.