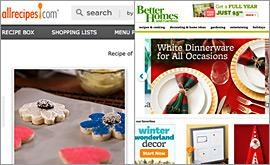 The partnership comes on the heels of a series of moves by Meredith to expand its digital footprint, including the acquisition of popular food Web site Allrecipes.com, adding to its magazine sites.

According to Meredith, Allrecipes.com receives more than 1 billion visits a year from an audience that is 65% female, with an average household income of $75,000. Its mobile apps have been downloaded more than 18.5 million times.

Tremor has recently been moving to expand its programmatic buying offerings, including the hiring of a 10-person team from Mobclix. It is tasked with developing brand-safe programmatic sales platform incorporating key brand metrics into the planning and execution of video ad campaigns.