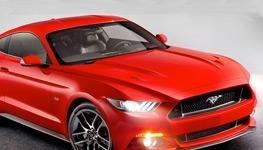 The good news for Ford Motor is that 2013 is going to be one of its best ever, as its full-year revenue from automotive sales is set to grow 10%, with market share up in every region save Europe. The company said that in Asia-Pacific, Africa and China it will grab record market share. The bad news, at least in the short term, is that Ford will take a big profit cut next year as it rolls out nearly two dozen new global products.

Ford now projects that total company full-year pre-tax profit, excluding special items, will be about $8.5 billion -- better than 2012 and in line with its most recent outlook.

The company, which has achieved tremendous success with its One Ford global auto strategy that obviates having to create market-specific cars and trucks, will engage in its "most aggressive product launch schedule in its history" next year -- more than doubling the 11 global vehicle launches this year.

“This is our most ambitious launch plan ever, as we continue to implement our One Ford plan,” said Bob Shanks, Ford EVP and chief financial officer. “In 2014, we are investing across the world to support next year's launches, but also to drive profitable growth beyond 2014 as we serve more customers in more markets and in more segments.”

Among the new vehicle rollouts are 16 launches in North America this coming year -- triple the number of vehicles it launched in the U.S. in 2013. But the automaker concedes that the result of this, since the launches are in volume categories and include the Mustang and its most profitable vehicle, the F-150, will be big costs in North America exacerbated by a drop in wholesale volume and net pricing -- the former because there will be a drop in late-model volume as Ford rolls out the new vehicles, and the latter because of "slightly unfavorable" fundamentals as the yen is heading down.

Tom Libby, automotive analyst with market research firm IHS, says that among the U.S. launches next year, including the Mustang, F-150, Edge and lincoln MKC, the one likely to have the greatest effect on sales is the changeover from the last F-150 to the forthcoming redesigned model. "That's a big downtime. Because of this downtime there will be much less revenue." He says that although Mustang is about 8,000 units per month -- a pittance compared with the pickup -- it's a critical car for Ford's image. "It's iconic and a core product. And MKC is  very important for Lincoln because it fills a huge gap in their portfolio. It's a category that's growing rapidly and Lincoln has nothing there."

Total launch costs to be between $500 million and $1.5 billion by some estimates. Larry Weisman, first VP at Janney Montgomery Scott's Jacksonville, Fla., office, says the company’s stock price has taken a hit on that news, and possibly on some  internal uncertainties, with rumors of CEO Alan Mulally mulling a one-way trip to Microsoft.

While Weisman notes that the company's stock price is off over 6% while the market is up 200 points, "really, none of this news is earth-shattering; so the stock price, I think, reflects year-end volatility."

Said Shanks: “This is our most ambitious launch plan ever ... the payoff for North America from the 2014 launches and investments we incur for future periods will be a stronger product lineup and volume and revenue opportunities into 2015 and beyond.”