Best Buy, Macy's, Toys R Us Pulling Out The Stops 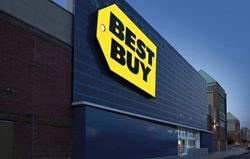 With bad weather and weak sales already cutting into holiday results, retailers like Best Buy, Toys R Us, and Macy’s are playing the time card, extending shopping times to make every hour count.

Those announcements come amid discouraging numbers, at least for the brick-and-mortar retail business: ShopperTrak, which counts and analyzes retail traffic, says sales fell 0.8% in the week of Dec. 9 to Dec. 15, compared with the comparable week a year ago. And traffic sank nearly 20%, primarily because of the snowstorm that walloped the Northeast and Midwest. Compared to the same day last year, in-store sales on Saturday dropped 5.4%, while traffic declined 25.9%. As a result, it predicts that Dec. 21, called Super Saturday because it is the last before the holiday, will be the season’s busiest day.

But online sales are another story. ComScore reports that $37.8 billion has already been spent online in the U.S. this holiday season, with ten individual days topping the $1 billion mark. And for the first time ever, it says the most recent workweek saw five individual days top $1 billion. Spending since Thanksgiving is up 21%, compared to last year.

With physical stores racing both the clock and the lure of online bargains and convenience, they’re making it easier for early birds and insomniacs everywhere.

Best Buy says it will stay open from 7 am to midnight beginning Dec. 20, and is hyping its in-store pick up option, noting that 70% of America lives within 15 minutes of a Best Buy.

Toys R Us is going for the marathon, announcing that its stores will remain open for 87 consecutive hours, beginning at 6 am on Saturday, Dec. 21, through 9 pm Christmas Eve. (Its New York Times Square store has been open continuously since 8 am on Sunday, which means it will have been open 566 hours.)

And Macy’s is offering customers at select stores 107 hours straight, from 7 am on Dec. 20 to 6 pm on Christmas Eve.

Target, meanwhile, while scrambling to deal with a massive data breach and the bad publicity surrounding it, says it is pleased with holiday results so far. “Online traffic continues to grow at double-digit rates, with mobile sales growing more than 100% for the holiday period,” it says in a release, adding that Thanksgiving Day and Cyber Monday were two of the best days in its history. It says it was also ranked as the most-browsed retailer on mobile over the past six months, according to a new report from Mobiquity.