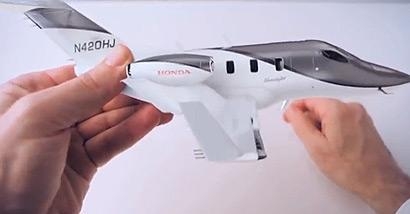 Walmart is both this year's most prolific holiday advertiser in terms of new creative and also owner of the most popular philanthropic ad, which is about its Salvation Army program. Advertising analytics firm Ace Metrix said that the big box chain's position on its most-popular list evinces the power of family, food and philanthropy during the holiday season. Prior top ads during Christmas shopping seasons were more about shopping and gifts.

Said Peter Daboll, Ace Metrix CEO, in a statement, “What stands out in this year's philanthropic effort is the authenticity of the brand to the cause. Walmart and Duracell are true to their brand while communicating the values of the season. In fact, many of the ads on this list are successful because they effectively impart values of family, giving and togetherness.”

Ace Metrix says its score of creative effectiveness is derived from the reactions of a group of 500 people representative of the U.S. The list represents the top 10 highest-scoring holiday-themed television ads to debut between Sept. 9 and Dec. 16.

Walmart was the most prolific advertiser, with more than 40 unique pieces of holiday-themed creative this season. Its top ad, “Christmas Magic,” bested the average score by 26%. The ad is also the highest-scoring Walmart ad since July 2010. Consumers found the ad's message to be a good example of the spirit of the season.

Kohl's “Christmas Surprise,” the second-highest-scoring ad of the season, comes from Reynolds' animated ad that shows how its parchment paper is a key in a baking battle.  Duracell had the third-most-effective holiday ad for the second year in a row on Ace Metrix' list with its “Very Special Batteries.” Pillsbury earns fourth place with one of several 15-second spots that gives families tasty ideas for fast holiday meals and treats.

Others in the top-ten list were IHOP and Olive Garden, both with family-togetherness ads, and USPS, which was second-most-effective last year and this year is running an ad about dependability and convenience with “Holiday Delivering." Lowe's is the last of the top ten and one of only three retailers to make the list, per Ace Metrix.

The One Club also has its list, this being one of the best auto ads of the year. Presaging the North American International Auto Show in Detroit next month, the list touts car ads in five categories – Print & Outdoor, Broadcast TV, Online Videos, Interactive and Experiential Advertising. There's also a public choice award. The winners will be presented on-stage at Cobo Center during to show.  The finalists: