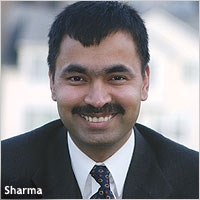 Chetan Sharma is founder and president of Chetan Sharma Consulting, which provides strategic advisory services for the mobile industry and publishes various research reports. His clients include companies such as Disney, Toyota, Comcast, China Mobile, Sony and Qualcomm.

Prior to starting his own practice, Sharma was director of emerging solutions at Luminant Worldwide, acquired in a reverse merger by Align Solutions Corp. in 1999. Given his close eye on the mobile market, Online Media Daily caught up with Sharma to get his take on the past year -- as well as what to expect in 2014.

OMD: Among the major mobile developments this year, what was most surprising and why?

CS: The most unexpected development of the year was the way T-Mobile came back fighting for its share of the market. Through a series of pricing and marketing innovations, they put the big guys on the defensive. In the past, T-Mobile maneuvers barely changed the market. But being in the position of the underdog with nothing to lose, T-Mobile's new plans are attractive to price-conscious consumers.

The changes are having an impact beyond the borders with T-Mobile's international data-roaming plans. In a matter of a couple of quarters, T-Mobile went from laggard -- not having added any postpaid subs in three years -- to a leader.

OMD: What would you consider, alternately, the biggest mobile product launch in 2013 and the biggest flop?

CS: The typical device launches from Apple and Samsung were the biggest, and for obvious reasons. They're not only building great products, but also have the best distribution channels and the marketing budgets to support it. In the case of Apple, the brand loyalty factor keeps them at the top, while Samsung uses its marketing muscle to stay at the No. 1 position in terms of units sold. iOS7 was a huge success as well, given that over 70% of the devices upgraded in a very short amount of time.

The biggest flop has to be the BlackBerry devices. A lot of hope was pinned on them for the revival of the historic brand. While the devices were pretty good, and the OS had some nifty features, it was just too late for the company. Consumers had moved on a long time back. People are just not interested in buying BlackBerry, the partners aren't interested in selling them, and the misguided strategies over the years led to the company's downfall.

OMD: Speaking of Apple, it recently announced a long-anticipated deal with China Mobile, the world's largest carrier. How much of a difference will this make for Apple in competing against cheaper Android devices in China.

CS: Given that China Mobile has the subscription base of 750 million-plus, it will definitely give a good boost to Apple in 2014. However, China is also a price-sensitive market. While consumers like to “own” stellar brands, paying $700-plus for devices is not within reach for the majority of the subs. However, even a small percentage of 750 million is a big number, so overall, Apple will do well. China Mobile-Apple might come up with some creative financing as well to make devices more affordable for the masses. In the low-to-mid tier, Android will continue to dominate.

OMD: Messaging services like Snapchat, WeChat, Line, and WhatsApp have exploded this year. How do you see that space playing out in 2014?

CS: IP messaging is a critical component of keeping the consumers interested in your services and building brand loyalty. That's why both Facebook and Twitter have also jumped strongly into this space. While many pure-play IP messaging companies were built on “grow first, find revenue later” model, in 2014, they might have to bring home the bacon or else they'll be under pressure to sell or wind down or change strategies. Whatsapp is the clear leader of the pack. It has impressed with its meteoric rise in 2013. With little resources, they have accomplished quite a bit and have had a revenue model from the start.

OMD: Mobile payments is still a fragmented landscape. Do you think any particular players or technologies will emerge as a clear leader next year?

CS: Mobile payments is likely to stay a fragmented space. Since so much is at stake, the big guns will continue to carve out their place in the ecosystem. The most interesting players in the space are PayPal, Amazon and Square, and it will be interesting to see if they help streamline the space a bit by cajoling and consolidation.

OMD: Every year you survey your readers about their mobile predictions for the coming year. Do you have any bold prediction yourself for 2014?

CS: I am not a fan of “the year of” proclamations. Each year, we make significant progress in our understanding of what technology can do to enhance human experience. In my work in emerging countries like Bhutan and Vietnam, I already see a significant uptick in using mobile to transform societies in the most fundamental ways.

In Western markets like the U.S. and U.K., we're continuously tinkering with the hardware and software to make the tasks more automated. The company that's really pushing the boundaries is Google. They're not afraid of going in multiple directions and leapfrogging current thinking. Their work on Google Glass is forcing everyone to rethink what's possible with computing, as well as the kind of societies we would want to live in.

Another company that’s likely to make a splash in the new year is Amazon. They have such a good grip on the commerce behavior of consumers that they can change the industry trajectory through some product and pricing innovations. Of course, Apple and Samsung will continue to compete fiercely.

I have talked about the emergence of the fourth wave of mobile, which is all about digital services and revenues. Facebook, Twitter, Uber, Rovio, Pandora, and Square are all riding this wave, along with the traditional players. In 2014, the number of players making more than $1 billion in digital revenues will more than double, and they'll come from different industries.