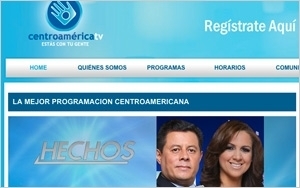 Hemisphere, a media company targeting U.S. Hispanic audiences, has entered into deals to acquire three Spanish-language cable TV networks serving the U.S. as well as abroad, from their previous owner, Imagina’s Media World, for a total of $102 million in cash. The transaction is expected to be complete by the end of the first quarter.

Hemisphere CEO Alan Sokol noted that these networks can help advertisers reach underserved subsets of the U.S. Hispanic population, which marketers have tended to treat as a homogenous group, despite its geographic and cultural diversity.

Hemisphere was formed by the merger of InterMedia, owner of Spanish-language media properties, including Cinelatino, WAPA America and WAPA TV, with Azteca Acquisition Corp., a special purpose acquisition company, back in January 2013.