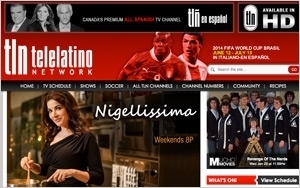 Univision is bringing Spanish-language programming to Canada, thanks to a licensing agreement that rebrands Corus Entertainment’s Telelatino Network en Español as Univision Canada. The new network will be carried by most of Canada’s cable and satellite platforms, under TLNE’s existing carriage agreements.

While marketers are paying keen attention to the U.S. Hispanic population, the Canadian Hispanic population is also growing fast. According to Canadian government statistics, the number of Hispanics living in Canada increased from 217,000 in 2001 to 381,000 in 2011, the most recent year for which data is available. In proportional terms, Hispanics increased from 0.7% to 1.1% of the Canadian population over this period. They also tend to be fairly well educated: Roughly half of the Hispanics living in Canada have a bachelor’s degree.

For Univision, this is just the latest in a series of new product launches, brand extensions and partnerships. In October, Univision teamed with ABC to launch a new cable and satellite TV network -- Fusion -- targeting millennial Hispanics with English-language content. Univision also invested in El Rey, a new English-language cable TV network created by Comcast and director Robert Rodriguez.

A bit further back, in 2012 Univision launched a national, Spanish-language AM radio network featuring local, national and international news