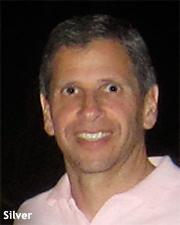 There weren’t many giggles or smiles in Toyland last year, with the NPD Group reporting a 1% decline in dollar sales in 2013. But there’s plenty for toy marketers to be upbeat about in the months ahead, including more movies (which means more licensing opportunities,) a push toward more traditional toys, and a decidedly more hush-hush approach to the industry’s annual Toy Fair, scheduled to start next month in New York. Marketing Daily asked toy expert Jim Silver, editor in chief of TimeToPlayMag.com, to break down the trends shaping toy sales in the coming year.

Q: First, what happened to cause the decline last year?

A: Typically, toy sales are driven by three things. One is outdoor sales, and last year, in April and May, the weather was bad. It was one of the worst seasons in 10 years. No one is buying water blasters, sidewalk chalk or scooters if it’s 45 or 50 degrees. I had some bubble companies tell me it was their worst year in 20 years. Another factor is movies, and while you had “Despicable Me 2” and “Disney’s Planes,” which both did very well, it can’t compare to the prior year. In fact, both 2011 and 2012 were blockbuster years, full of hits like “Transformers” and “Spiderman” and the “Avengers.”So the comparison was tough. And finally, there are the holidays, and this year there was a shorter selling season.

Q: What will be making the biggest news at Toy Fair next month?

A: I think you are going to see a lot of things hidden. Marketers don’t want to reveal their hand too early. So they’ll show key buyers, but they are taking the Steve Jobs route, and won’t say much about it until it’s two or three months away from being on the shelf. It’s just gotten so easy for a competitor to come up with something similar, and have it manufactured very quickly overseas. For example, Rainbow Loom, a bracelet kit, was very hot, but only sold at Michael’s. Cra-Z-Loom came out with a very similar product, sold it to Toys R Us, Target and Walmart, and was very successful. So manufacturers are less likely to showcase items in advance, and we’ll see more backroom action than ever before.

Q: Other trends to look for?

A: We’ll see “Transformers”that are simpler, better, easier to play with. And we’ll see a big continuation of brands and properties from TV and movies. Doc McStuffins, Despicable Me. Planes. Sophia the First. Teenage Mutant Ninja Turtles. Monster High. This will be a huge year for branded properties.

Q: How about hot tech toys?

A: There will be tablet wars! Right now, the category is dominated by six companies, including Leap Frog, with its proprietary operating system; Tabeo, which is Android-based, and increasingly, iPads, as parents are handing them down to kids. There’s also Samsung and the Kindle Fire. This year, things will shake out. It’s too crowded.

Q: Many parents are worried that their kids spend too much time with technology. What is the impact on toys?

A: That’s a big story. Tech is definitely not killing the toy business. Look at how well Lego is doing, as well as Megabrands, another construction company. Parents are monitoring their kids’ screen time. It’s one of the reasons board games have made a big comeback—they encourage social interaction, and that is something today’s parents are concerned with.

Q: Besides the shorter selling season, did you notice any other holiday trends that will shape 2014?

A: Yes. Parents bought toys later, and online sales skyrocketed. But I think many got caught short because of that, and weren’t able to get their hands on really hot items. Retailers have definitely trained them to wait for the last two weeks, when there are always plenty of bargains. But those who did so missed out on key items, including Furby, Doc McStuffins, Monster High, and Barbie’s Dream House. So I think next year we’ll see parents buy at least a few items early.

A: Absolutely, especially in the fourth quarter, when people are looking to buy surprises. They’re not trying or testing, and with all the research they can get online, there’s no reason to go to the store.

A: Look at the movie lineup. This year, there is another “Transformers,” and another “Spiderman.” There’s “Captain America,” “How to Train Your Dragon 2,” and “Teenage Mutant Ninja Turtles.” That could be the difference of $500 million wholesale, and $1 billion in retail sales. So immediately that makes 2014 look healthier. Warmer weather in mid-March would help, too, but you can’t predict the weather.