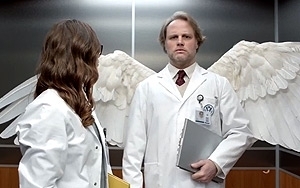 After decelerating sales last year, Volkswagen is hoping to step on the pedal this year. The automaker will debut new products and an overhaul of go-to-market strategy, with brand consistency across advertising, a focus on the vehicles, and a seamless creative look and feel from "Power of German Engineering" to the regional dealer group "Smart Buy" campaign.

A glance at the automaker’s Super Bowl spot offers a glimpse of where the Herndon, Va.-based Volkswagen of America is going. From the first second, where you see the odometer hit 100,000, the theme is clear: Volkswagen  has more cars on the road with 100,000 miles or more on the gauge than any other make.

Vinay Shahani, Volkswagen of America's VP marketing, who replaced Tim Mahoney (now GM's global CMO) in November, tells Marketing Daily that the automaker is honing in on products and proof points to help sharpen a product and brand identity that has gotten a bit fuzzy. The marketer, who came to the German auto brand after a 10-year stint at Nissan, says that VW’s challenges in this regard are not that different from Nissan’s: Awareness of the product portfolio and need to create a unified brand identity across marketing disciplines has been an issue for both. Nissan's focus on fixing that became most apparent when it launched its 2012 "Wouldn't it be Cool" campaign for Altima, Pathfinder and Sentra -- a campaign that had consistent creative and a strong focus on product differentiation.

"Both Nissan and VW have had issues around familiarity with their product lines. At Volkswagen, we need to speak more about the products' unique selling points, too,” he says. “Deutsch has helped with that; we have new ads that speak to that challenge, but in way that is true to the brand with a consistent look and feel."

Tom Else, SVP at Deutsch's L.A. office, tells Marketing Daily that the automaker started mulling the global vehicle-longevity idea elaborated in the Super Bowl spot three years ago as a proof point of German engineering quality. "Volkswagen is an enormous player around the world and the challenge is getting people to recognize us for quality, reliability and durability, so we thought the 100,000-mile mark is an easy way to demonstrate to people that [VW cars] are extremely well built,” he says. “It was one of the ideas we put into the pitch when we won the business."

While the brand has no problem on the recognition side, consumers, especially young people, are not putting Volkswagen on their consideration lists. Shahani concedes that some of that has less to do with reticence than simple awareness and clarity. He says that VW’s media purse is smaller than that of competitors, but that "with me, it's about maximizing presence with whatever budget we have and creating an element of consistency across our communications."

The focus on unique selling points, and consistently showing the names of vehicles and segments where they compete is being bolstered by a complete redesign of the Web site preceding the launch in spring of the new Golf GTI. Shahani says Deutsch benchmarked Web sites of businesses outside the auto category to see which did the best in connecting consumers with what they wanted. No surprise, really, that one of them was Match.com. "It's how do you pair the consumer with a product they love. We are taking the best of outside auto industry and making it reality outside Web site."