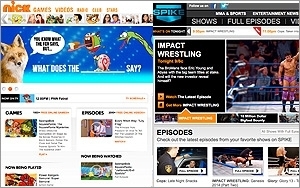 Viacom’s media networks witnessed modest growth in first-quarter 2014 results versus a year ago -- with its filmed/home entertainment division posting sharply lower revenues during the period.

Media networks had a 6% gain in revenue to $2.54 billion, due to higher affiliate and advertising fees. The division also posted an 8% hike in operating income to $1.1 billion.