Mediaocean Pivots (Again): This Time It's A 'Software Company' 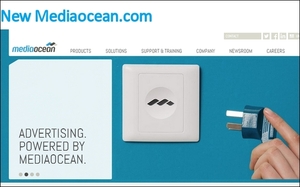 As part of its pre-IPO pitch to position itself to public investors, Madison Avenue's main data processor -- Mediaocean -- is repositioning itself as an enterprise “software” company more like an Adobe, Oracle or Salesforce.com. The pivot, which is the latest in a series of identity shifts for a company that began when the ad industry's chief legacy system, Donovan Data Systems, merged with its new age rival, VC-backed MediaBank, is intended to distance Mediaocean from a litany of ad technology solutions that seem to be cluttering the so-called “marketing stack” at major agencies.

“Adobe has done a really nice job of this,” Mediaocean CEO Bill Wise acknowledged during a briefing on Friday. “When people first thought of Adobe they immediately went to the creative side, but they’ve acquired analytics companies and other things, but they all have the Adobe stamp of approval.”

Wise said Mediaocean has a similar goal to remake itself as a big enterprise software company that doesn't simply process data for big ad agencies, but serves as a backbone for a suite of software products that help advertisers and agencies work better and more efficiently. He said that includes software developed internally by Mediaocean, as well as other third parties who develop software applications that are integrated into Mediaocean's systems.

That's a significant pivot from the company's legacy roots, which were mainly about processing media-buying transactions, paying the media, and servicing the payroll systems of big ad agencies. It's also a more aggressive push to redefine its core business in hopes of getting a higher stock valuation from investors when it eventually makes its initial public offering.

“There are a lot of ad tech companies that are going to try and position themselves as software companies, but that's not who they are,” asserted Wise, adding: “We are a software company.”

As part of the repositioning, Mediaocean is rolling out a “re-branding” campaign this week, including new graphics, designs and the Madison Avenue-worthy tagline: “Advertising. Powered by Mediaocean.”

Maria Noel Pousa, senior vice president-marketing at Mediaocean, said the campaign has been in development for six months, and will focus on integrating the look and feel of Mediaocean's disparate products, services and software under one unified look and feel, across all its systems and communications in six major markets it operates in: the U.S., Canada, the U.K., Germany, France and India.

agency
2 comments about "Mediaocean Pivots (Again): This Time It's A 'Software Company'".
Check to receive email when comments are posted.
Read more comments >
Next story loading