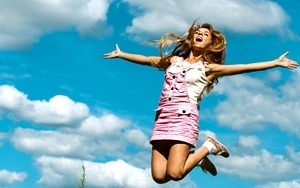 A new forecast for retailers is decidedly more upbeat, with BDO predicting a 5.1% increase in sales in the year ahead, thanks to shoppers’ growing confidence in the strengthening economy. The survey, based on interviews with CFOs at some of the country’s largest retail chains, also projects a 4.8% bump in comparable-store sales.

Those predictions are more optimistic than the 4.1% forecast issued by the National Retail Federation last week.

Some 63% of those in the survey, however, say they are including their chain’s online divisions in their comparable sales projections, which means their increases may be linked to e-commerce results. (The NRF’s forecast calls for a gain of between 9 and 12% in retail purchases made online.)

But the biggest factor seems to be chipper consumers. A majority of the execs -- 56% -- predict rising consumer confidence levels throughout 2014.

“With consumer confidence gaining momentum, retail CFOs are relatively bullish about 2014 retail sales,” says Doug Hart, partner in the Retail and Consumer Products practice at BDO, in its release.

That’s not to say they aren’t worried (being CFOs and all). Chief among their concerns: Unemployment and weak job creation (named by 39%), and personal credit availability and debt (18%). But between a stronger housing market and less static from Washington, retailers are hoping that consumers will find it less stressful to spend. And some 40% say they are increasing headcount at their companies this year, “despite reports of staff layoffs and a shrinking of retailers' brick-and-mortar presences.”

The survey included 100 retail CFOs, and was fielded last month.