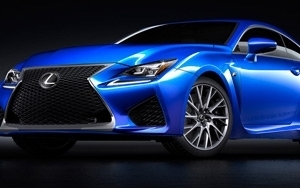 Lexus marketing is running three shifts with an always-on approach that includes a month-by-month cadence of campaigns that exploit unique media and digital technology to cars like the redesigned CT hybrid, the IS and the new RC F Coupe. Next up: sponsorship of the Sports Illustrated swimsuitissue starting with events next week and ads that use a photo recognition app to carry users to digital experiences. And this spring Lexus is doing a total redesign of Lexus.com.

"We are recognizing that, since the model line has proliferated, we need to keep the breadth of the product line alive in some form of media each month,” he says. “So we had to rethink and take a horizontal view [across the portfolio]. It's an 'always on' approach. We're never quiet." El Segundo, Calif.-based Saatchi & Saatchi agency Team One is Lexus’ long-running lead AOR.

Sponsorship of the SI Swimsuit edition includes advertising that directly references the swimsuit model photographs while channeling to digital with a unique use of an app called Aurasma. Bolain says Lexus will have four pages in the book plus a presence at launch events in New York and Florida next week, "And we are doing lots of digital with them in the next month."

The ad creative touts the car with a direct reference to photo elements like how a model’s hair is mussed, or goosebumps on a model’s shoulders (though that will be hard to achieve as the shoot is in the Cook Islands in the South Pacific) that will be attributed to the excitement the RC F sports car and its 450-plus horsepower engine.

Unlike lots of apps that only recognize barcodes, Aurasma actually recognizes photos. In this case, it’s the photo of the sports car in the Lexus ads. When it recognizes the car, it launches a digital video experience. Bolain says that dealers will get Aurasma-optimized POP packages in March that allow staff and customers to extend the static photo into a full-blown digital experience as well with their smartphones or tablets.

The redesign of Lexus.com will take it from static photo-based platform to a dynamic portal, scalable to screens from desktop to mobile, per Bolain. "It's been a while since we have done a redesign of the site, but with the rest of the brand feeling so modern, and with the portal seeing a couple of million visits per month, we are really in need of a major change." He says that after the relaunch there will be three more enhancements coming later in the year. "The really exciting thing is that it is being built to be responsive, to recognize whatever device people are using, from smartphone up to wall-mounted TV." And he says the automaker will do similar upgrades to its dealer sites.

"Always-on advertising and digital programs like these are setting us apart," he says. "More than ever in the work we are doing in next six months you will see Lexus taking an aggressive stance around qualities like innovation, performance, our hybrids, the new coupe and tradition. Every month we are doing something new."