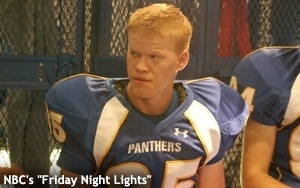 When it comes to promoting or further enhancing an ongoing scripted television series, do webisdoes matter? Or are they just a construct developed and favored by network executives who want to appear cool and connected in the eyes of digitally driven tweens, teens and young adults, or who merely want to impress their superiors with how forward thinking they are?

I recall a spinoff of “24” back in its fourth season comprised of 24 one-minute episodes (including credits) that were available for viewing on cell phones only. (They were referred to as mobisodes rather than webisodes.) It was titled “24: Conspiracy” and it ended on a cliffhanger of some kind. I always thought the producers of “24” should have concluded it in a sub-plot on the mother show. (“Conspiracy” leads Dylan Bruce -- now of “Orphan Black” -- and Beverly Bryant delivered very good performances under what had to be highly unusual circumstances.)

Many webisodes -- or Web-offs -- connected to ongoing series followed, but we’ve never heard very much about any of them, with the possible exception of “Battlestar Galactica: The Resistance,” a Web-off of Syfy’s “Battlestar Galactica,” and recent Web-offs of AMC’s “The Walking Dead” titled “Torn Apart,” “Cold Storage” and “The Oath.”

Does anybody watch these things? Do they make lasting impressions that benefit their mother shows or the networks to which they are attached? I can’t remember reading anything of any substance about any of them. I’ve sat through hundreds of broadcast and cable presentations at the twice-yearly Television Critics Association tours and heard occasional references to some of them, but to my knowledge not one of them has ever been included or highlighted in a presentation itself. I’m sure there have been panels at the annual San Diego Comic-Con that included some of them, but they were likely smaller events that didn’t make any real news -- not that it’s easy to stand out amid the four-day riot of popular culture that the Con has become.

All of this speculation brings me to NBC’s current experiment with a quartet of four-part Web-offs tied to the series “Parenthood,” “Parks and Recreation,” “Grimm” and “Chicago Fire.” NBC is promoting these as the means by which fans of these shows can get very small doses of them while they are all pre-empted for coverage of the Winter Olympic Games.

At first I didn’t pay much attention to NBC’s announcement about these mini-productions, for the reasons referred to above. And then I watched “Friday Night at the Luncheonette,” the first part of the four-part Web-off for “Parenthood.” I have to admit I was engaged for all of its 153 seconds -- not because I’m missing “Parenthood,” a show I have never developed a strong attachment to -- but because it features one of my favorite characters from the late and much-missed NBC drama “Friday Night Lights.”

Now that’s the way to make a Web-off matter!

This crossover, if that’s the right term, is happening because both shows share an executive producer, Jason Katims. In the opening chapter of “Friday Night at the Luncheonette” two characters from “Parenthood” -- cousins Amber and Max -- are busy in the recording studio at which Amber works on the mother show when humble Landry Clarke, formerly of the Dillon Panthers football team, enters with members of his band Crucifictorious. They include Becky Sproles (Dora Madison Burge), another character from “FNL,” wearing a Dillon Panthers T-shirt. Amber, who apparently knows Becky, repeatedly calls Landry “Lance” -- the same mistake his beloved Coach Eric Taylor used to make.

I’m completely hooked, not because I’m getting little doses of “Parenthood,” but because I’m getting a few more precious minutes with characters from “Friday Night Lights,” including my favorite, Landry (played by Jesse Plemons, more recently seen as the vile child-killing meth dealer Todd on “Breaking Bad”). And I understand another “FNL” character, Billy Riggins (played by Derek Phillips), will also be turning up.

Watching all four chapters of “Friday Night at the Luncheonette” isn’t likely to propel “Parenthood” onto my must-see list when it returns to NBC’s schedule later this month. But I’m going to savor every one of them. And in the meantime I’m going to ask: Has NBC stumbled onto something significant here? If a network is truly a brand, would said brand be reinforced if networks made after-life Web-off series featuring popular characters played by the same actors from cancelled shows? Is that a way to increase the aftermarket value of existing episodes of those shows once they are officially cancelled?

And of greater urgency … can we get more “Friday Night Lights”? On NBC or elsewhere? How about you, HBO?