The BAFTAs, Telecast On BBC America, Once Again Show The Oscars How It's Done 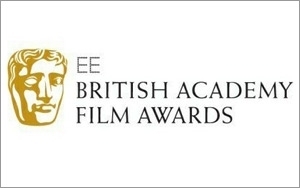 We’re two weeks away from the Academy Awards, the biggest night of the year in the entertainment industry and, traditionally, the second-biggest night of the year for the television business following the annual telecast of the Super Bowl. The arrival of the Oscars also marks the end of Awards season, which generally allows Sunday night television schedules to regain some semblance of normalcy for the remainder of the season.

Oscar night is an important night for Hollywood and for Madison Avenue, but it seems as though every year the big show generates as much bile from critics, analysts and fans as it does compliments and positive feedback. It’s not for lack of trying. Whenever the Academy of Motion Picture Arts & Sciences tries to shake things up, as it did a few years back with the odd selection of Anne Hathaway and James Franco as co-hosts, and again last year by turning the night over to TV writer and producer Seth MacFarlane, who proved to be an unfailingly genial if intermittently taste-challenged host, it never quite gets it right.

Every year the Academy Awards try without success to be something extra special, which suggests to me that the executives, producers and other talent involved may simply be trying too hard. That’s why I urge all of them to watch and carefully study the BAFTAs, England’s version of the Academy Awards, which always put on the show that the Oscar team likely wishes its production could be.

The BAFTAs -- or the British Academy Film Awards -- attract most of the same stars as the Oscars. This year’s event, telecast last night (as it has been for years) on BBC America, featured in the audience and on the stage Tom Hanks, Brad Pitt, Angelina Jolie, Oprah Winfrey, Helen Mirren, Bradley Cooper, Amy Adams, Dame Judi Dench, Uma Thurman, Leonardo DiCaprio, Martin Scorsese, Bruce Dern, Cate Blanchette and many others, as well as Prince William, whose duties include serving as the president of BAFTA. The only giant stars noticeably not in attendance were Sandra Bullock and George Clooney, which was a shame, since their movie “Gravity” was honored for Best Director, Best British Film and Best Cinematography. (I write about television, not movies, but for what it’s worth, “Gravity” would be my choice to win this year’s Oscar for Best Picture.)

The Royal Opera House, where the BAFTAs are presented, will always be a classier venue than the Dolby Theater (formerly the Kodak), which alone makes the affair look like something special. But for nine years now the BAFTAs not-so-secret weapon has been its host, actor and comedian Stephen Fry, who is everything a host of an important awards show should be: Classy, welcoming, dapper, relevant, charismatic and a little bit naughty but never really rude.

With Fry at the helm, the BAFTAs move along in a manner best described as breezy -- a term almost never applied to the Oscars telecast. You might think this has something to do with the fact that they actually take place a few hours earlier than we see them here: The BBC tapes them and quickly edits the footage for telecast in the U.S. on BBC America just a few hours later. The end result is a compact three-hour telecast that includes a half-hour red carpet show and two-and-a-half hours of the ceremony itself, including commercials breaks. Very little of the ceremony is actually edited out.

What we get here is this: A brief monologue from Fry, one music performance (this year by soul singer Laura Mvula and rapper Tinie Tempah, who set all of Britain a-Twitter when he high-fived Prince William in the front row), 11 major awards, generous clips of all nominated films in every category, a memoriam segment, two special presentations (one for Outstanding Contribution to British Cinema, the other the presentation of the BAFTA Fellowship) and best of all, acceptance speeches that are not rushed by intrusive music or cut off altogether. Fry then closes the show in a smart and sometimes moving way -- this year encouraging anyone anywhere with a dream of working in film “to go for it.”

It’s all about class without the typical Oscar trash. More often than not the Academy Awards seem to reinforce the idea that American popular culture is junky. They ought to do the opposite.

And BBC America ought to look into a live telecast of the BAFTAs as they happen with the pre-recorded version later presented in primevtime. As we have seen with its special “Doctor Who” programming, viewers will tune in for live afternoon programming of note when it’s available to them.

academy awards, awards show, tv, uk
1 comment about "The BAFTAs, Telecast On BBC America, Once Again Show The Oscars How It's Done".
Check to receive email when comments are posted.
Next story loading