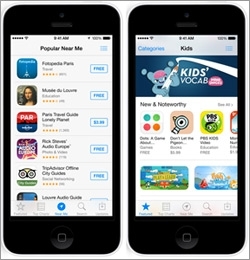 Appealing to mobile developers, Apple has acquired app testing and advertising software startup Burstly. Santa Monica, California-based Burstly is perhaps best known for TestFlight -- a developer of a real-time dashboard that provides mobile advertising and revenue analytics for iOS apps, which it acquired in mid-2012. Apple did not release financial terms of the deal, which was first reported by TechCrunch, and later confirmed by Re/Code.

TestFlight will likely help Apple app developers test and refine their offerings before they become available to the public. Prior to news of the deal, this week, TestFlight announced plans to discontinue its Android product.

Apple and Google continue to fight for a greater share of the mobile market. Stateside, Google’s Android operating system ended 2013 with a slight lead over Apple’s iOS, according to comScore. As of December, Android was running on 51.5% of U.S. consumer smartphones. Apple increased iOS’ market share by 1.2 percentage points from September to 41.8% in December, but it was not enough to dethrone Google.

Overall, 156 million consumers -- or 65.2% of the U.S. population -- owned smartphones during the three months ending in December, according to comScore.

Apple’s app business has recently been a source of some frustration for the company. In January, Apple agreed to cough up roughly $32 million in refunds to settle charges that it had wrongly billed parents for their kids’ in-app purchases