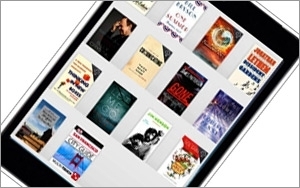 Apple has asked a federal appellate court to overturn a finding that the company illegally conspired with publishers to raise the price of ebooks.

The ruling marks “a radical departure from modern antitrust law and policy,” Apple says in a brief filed on Tuesday with the 2nd Circuit Court of Appeals. “If allowed to stand, the ruling will stifle innovation, chill competition and harm consumers.”

The company is appealing a decision issued last year by U.S. District Court Judge Denise Cote in New York, who found that the company “changed the face of the e-book industry” by illegally orchestrating a price-fixing conspiracy with five major publishers -- Hachette, HarperCollins, Macmillan, Penguin and Simon & Schuster.

Cote accepted arguments by the Department of Justice, which argued that Apple masterminded a 2010 industry-wide ebook pricing shift from the “retail” model to the “agency” model. Prior to the change, companies like Amazon purchased books as a wholesaler, then set whatever prices they wished. Amazon set the price for bestsellers at $9.99 -- which, in some cases, was lower than the wholesale price.

But after the industry moved to an agency model, the publishers set the price of ebooks and then paid retailers a commission. The DOJ argued that Apple benefited from this plan because it wanted to sell ebooks for the iPad, but didn't want to offer the same bargain-basement pricing as Amazon.

The publishers -- who allegedly discussed the plan during meetings in private rooms of "The Chef's Wine Cellar" at Picholine and other Manhattan restaurants -- all agreed to settle the charges.

But Apple wasn't present during those meetings, and argues that it wasn't part of a price-fixing scheme. The company says on appeal that even though it met with publishers in late 2009, it did no more than express a willingness to sell books on a wholesale model.

“Apple had no knowledge that the publishers were engaged in a conspiracy in December 2009 or at any other point,” the company argues on appeal. “Apple offered a retail business model to the publishers that was in Apple’s independent business interests and was attractive to the publishers, who were frustrated with Amazon.”

Apple also argues that its entry into the ebook made the industry more competitive. “In 2010, Apple launched and expanded a viable bookstore with thousands of e-book publishers, including the five publisher defendants in this action, on the strength of agency agreements,” the company writes. “Instead of a market dominated by a single retailer -- Amazon -- controlling 9 out of every 10 e-book sales, a competitive market emerged where output exploded and average price dropped.”