Consumers Could Give Up Social Media, Stronger Ties To Phone, Email 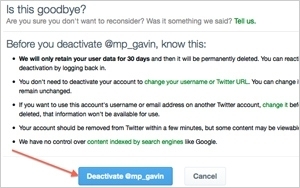 Rarely a day goes by without some researcher or commentator suggesting that social media is highly addictive, or at least critical to consumers’ lives.

Consumers, at least, don’t think social networking is that big a deal. In fact, just 11% say social media would be “very hard” to give up, according new findings from the Pew Research Center.

By contrast, 28% of consumers still say it would be very hard to live without their telephone landline, while 36% express dismay at the thought of living without email.

Pew’s findings were based on data from telephone interviews with 1,006 U.S. adults, which were conducted by Princeton Survey Research Associates International earlier this year.

Despite the media’s fascination with social media overload, and the bad behavior it facilitates, people seem to see the Web, and its role in their lives, as mostly positive. Indeed, 67% of Web users say their online communication with family and friends has generally strengthened those relationships, while 18% say it generally weakens those relationships.

As Pew points out, there are no significant demographic differences tied to users’ feelings about the impact of online communication on relationships.

>
social media, trends
3 comments about "Consumers Could Give Up Social Media, Stronger Ties To Phone, Email".
Check to receive email when comments are posted.
Read more comments >
Next story loading