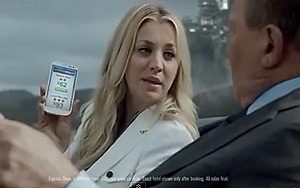 Have you bought anything with your mobile phone, yet, and how many taps (yes, taps) did it take you to make the purchase? A few retailers are proving that a Google API aimed at reducing steps increases purchases. They share results as less steps translate into higher conversions from mobile devices.

Priceline discovered early in the transition that shoppers signing in through Google on their Android app are 71% more likely to make a reservation or a purchase, compared with those who book as guests.

Mobile has become a major tool for consumers looking online for travel information, especially with the option to pay with Google Wallet through their Android app in just two taps. During the first few months, the share of transactions on Priceline's Android app grew at an average rate of more than 100%.

Priceline also added the ability for consumers to sign in to the app using their Google credentials, rather than creating a new account. The quick access to the information becomes increasingly attractive to shoppers looking to make a purchase, as they convert 71% more than those who book as guests.

McKinsey & Company released a report Monday that highlights the importance of satisfying the customer in their journey from discovery through sales. A survey of some 27,000 American consumers across 14 industries found that effective customer journeys are more important. In fact, it's 30% more predictive to measure the journey when determining the customer's overall satisfaction than measuring the happiness for each individual interaction.

"Maximizing satisfaction with customer journeys has the potential not only to increase customer satisfaction by 20%, but also to lift revenue by up to 15% while lowering the cost of serving customers by as much as 20%," according to McKinsey's research.

Newegg began offering Google Wallet as a payment option to improve customer satisfaction, drive mobile purchases and help boost sales. It implemented the API to reduce the friction of signing in and quickly checking out.

Newegg saw its mobile Web users convert 100% more often when using Wallet, and conversion rates are higher for those who also sign in with Google. Nearly one in every 10 mobile shoppers on Newegg now uses Google Wallet to check out, which is pretty impressive.

Of these Wallet customers, roughly 15% choose to sign in through Google. Initial results show that Newegg's mobile Web users convert 100% more often when using Wallet, and conversion rates are even higher for those who also sign in with Google. Traffic to Newegg's mobile site has grown by 39% for new visitors and 35% overall since implementation. And the Wallet option increased customer loyalty by attracting repeat visitors.

After taking two weeks to implement Google Wallet in their app, EAT24 found that the average Google Wallet order was 11% higher than those made by credit cards, and 72% more likely than others to make repeat purchases. Users are choosing to pay with Google Wallet for 33% of all Android app purchases

When you go mobile, let me know how many taps it takes you.