Women Show Off Their 'No Nonsense' Attitudes 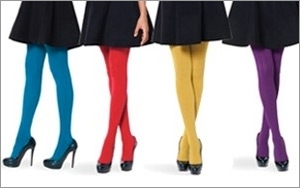 When it comes to balancing priorities in their lives, women are confident about their style and lifestyle choices and think fleeting fads like diets and elective plastic surgery are nonsense, according to a survey commissioned by Kayser-Roth Corp.’s No Nonsense legwear brand.

The online survey conducted by Harris Poll in February among more than 700 U.S. women age 25-49, in conjunction with March's celebration of Women's History Month and International Women's Day (March 8), and revealed how women define "no nonsense" and their attitudes towards cultural trends.

No nonsense is committed to providing stylish and quality legwear that fits into the lives of busy women who live their lives with confidence, authenticity and enthusiasm, says Julia Townsend, executive vice president and general manager at Kayser-Roth Corporation.

"Conducting this survey allows us to learn what's important to real women ages 25-49, our core demographic, and to better serve this generation of no nonsense women," Townsend says in a release.

A majority of the women surveyed say they are secure about style choices. Many women ages 25-49 don't agonize about getting dressed and ready for their day. When asked if picking out what to wear takes more time than they wish it did when getting ready, 73% said no.

Spending a lot of money on clothes isn’t a priority with 83% saying it's nonsense to overspend on trendy fashion purchases. Similarly, 69% of these women don’t think it’s necessary to have elective plastic surgery done and 76% of these women do not go on trendy diets.

Many women surveyed wish they had more time to spend with loved ones. The survey revealed that more than half of women age 25-49 (54%) don't feel they get enough time with their family and friends.

The survey was conducted online within the United States by Harris Poll on behalf of No Nonsense from Feb. 21-25 among 716 women age 25-49. This online survey is not based on a probability sample, and therefore no estimate of theoretical sampling error can be calculated.

fashion, health and beauty aids, lifestyle, marketing, research, retail, women
1 comment about "Women Show Off Their 'No Nonsense' Attitudes".
Check to receive email when comments are posted.
Next story loading