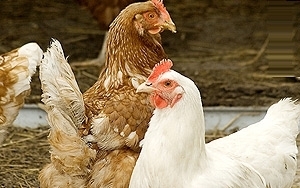 That “cheep! cheep!” sound you’re hearing means spring has come to Tractor Supply Co.: The fast-growing rural retailer is kicking off its annual Chick Days, a national event intended to smarten up the average suburbanite-turned-chicken-farmer.

While chickens have been chic backyard accessories for several decades, the trend is rapidly intensifying. “We’re seeing more of this new breed of self-reliant consumer,” Andrew Heltsley, Tractor Supply’s marketing manager, tells Marketing Daily. “While our core customers for this event have been small farmers looking to expand their flock’s gene pool, chickens and ducks are still gaining in popularity.”

And Tractor Supply, which bills itself as the brand “For life out here,” wants to make sure the newbies have the know-how they need. “These events aren’t about getting more people to keep chickens so much as helping them do it right. You’ve got the health and the care of the birds at stake, and the health of the family to think about it. You need to do some homework -- it’s not as simple as just buying a few chicks.”

In addition to the baby birds, Tractor Supply stocks everything else backyard chicken farmers need, including starter kits, feeders, bedding, heat bulbs, and coops. Events include presentations from Andy Schneider, aka the Chicken Whisperer, but “we also work with several third parties,” he says, including the U.S. Department of Agriculture, the U.S. Centers for Disease Control, and the Livestock Conservancy.

While there are not any organizations that track how many households are raising chickens, “a really rough guess is that more than 20 million households have an interest in heritage chickens,” says a spokesperson for the Livestock Conservancy, based in Pittsboro, N.C., “and that millions already own them.”

Another indication is how large the digital network of chicken lovers has grown. BackYardChickens.com has morphed from a 50-member forum in 2007 to 235,000 active members, with more than 1 million unique visits every month, says Rob Ludlow, who owns the site.

And while chickens have been gaining cachet ever since Martha Stewart started crowing about them in the early 1980s, the recession, an increased interest in a more wholesome food supply, and the locavore movement have added more steam in the past two or three years.

“Many people want to become more self-sufficient and take part in the grow-local and slow-food movements,” Ludlow tells Marketing Daily in an email. “Unfortunately, most of these individuals do not have the resources to have a huge garden and raise cows or pigs. But having a handful of egg-laying hens in a relatively small yard allows people to participate without having to move or drastically change their lifestyle.”

He says it also helps that people have begun to regard chickens as “the pet who makes you breakfast, as well as eat bugs and weeds in your yard and generates fantastic fertilizer.”

And while humane societies have sometimes complained about the number of chickens that end up on their doorstep, abandoned by disenchanted chicken farmers, “I’d say fewer than 5% of chicken owners change their minds, and that’s usually due to city ordinances or crabby neighbors.”

Heltsley is himself a convert, and he and his family are raising seven birds on a tiny plot in suburban Nashville. “It’s a great hobby,” he concedes. And be warned -- he says that poultry is, more or less, the  gateway drug for wanna-be farmers, and that goats may well be the new chickens. “They make great pets,” he says, “and they’re really low maintenance.”