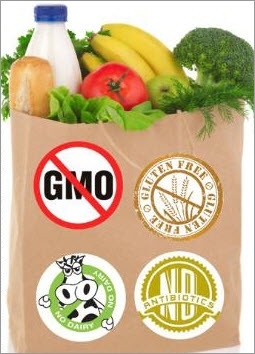 The "non-GMO" food/beverage product claim has for the first time surpassed "organic" in importance among health-conscious consumers, according to an annual survey of such consumers, who are often dubbed LOHAS, for their "lifestyles of health and sustainability."

The 2014 Market LOHAS MamboTrack Natural and Organic Shopper Survey found 80% of health-conscious consumers reporting that they seek out products without genetically modified organisms. Furthermore, 56% said that non-GMO is key in their brand choices/purchase intent, versus 52% who cited organic.

The survey was fielded online among 1,000 health-conscious consumer panelists in December 2013.

However, general consumer attitudes about GMOs are not nearly as clear-cut, according to other recent research.

Unwillingness to pay more for non-GMO products may in part reflect confusion. While more than half of U.S. consumers overall express some level of concern about GMOs, many primary shoppers can't clearly describe GMOs when asked to do so, reports NPD.

Also unclear to consumers is the prevalence of GMO versus non-GMO items in grocery stores. Four out of 10 primary grocery shoppers believe that they mostly buy non-GMO products, but the same ratio of consumers say they're not sure.

“Since more consumers over the last few years have been expressing concerns about GMOs, it’s time to have a dialog with shoppers about what GMOs are and what roles they play in the food chain, ” says Darren Seifer, NPD food and beverage industry analyst.  NPD recommends that manufacturers and retailers use traditional and social media to educate consumers about GMOs and learn which categories are most subject to consumer scrutiny in this regard.

The Hartman Group is also urging food companies to start speaking more openly about and educating consumers about GMO; otherwise, they risk "losing their place in the conversation altogether," as distrust builds and people form attitudes based on information, misinformation and opinions expressed on social media.

Hartman's studies show that people are becoming aware of GMOs, and even though many do not know what they are, a sizable and growing proportion of shoppers is avoiding them. In fact, a third of consumers now say they avoid products with GMOs, up from 15% in 2007.

Also, 19% of shoppers report specifically looking for foods labeled non-GMO —more than the 16% who seek the organic label, reports Hartman.

Among people avoiding GMOs, 70% say it's because they're concerned about the impact on their health and well-being. Half say they want to know what goes into their food, 36% are concerned about possible environmental impacts, and 30% do not want to support companies that use GMOs.

Despite those answers, a relatively large 24% said they don't know enough about them.

"A vacuum of uncertainty is building around GMOs, rooted in concerns relating to health, the environment and a basic lack of knowledge," Hartman writes. Food and beverage companies' lack of communication "only feed suspicions," the researcher adds. "Consumers assume that, by not openly justifying a position in favor of GMOs, companies must have 'something to hide.' They also wonder why companies that speak out against GMOs do not boycott them. As their suspicions grow, people become distrustful of what companies do tell them and seek more information to decide for themselves."

Hartman notes that for some companies, talking about GMOs will mean finding out if it is feasible from cost and other standpoints to remove GMOs from their products, and whether customers will accept any resulting price increase. For other companies, it could mean talking openly about why they use GMOs and what would happen if they stopped — to prices, for example.