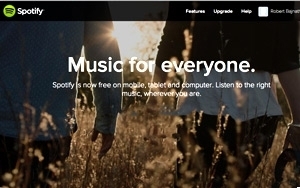 Spotify on Thursday announced acquiring music intelligence company The Echo Nest. Terms of the deal were not disclosed.

The Echo Nest’s predictive technology is used to power music recommendations on streaming radio services, including Spotify Radio, as well as those of competing services such as iHeartRadio and Rdio. Spotify said the acquisition would help the company enhance music discovery will also strengthening its ability to help brands and other partners build their audiences.

“With The Echo Nest joining Spotify, we will make a big leap forward in our quest to play you the best music possible,” stated Spotify CEO Daniel Ek.

The move, though, could prove unsettling to Spotify’s online music rivals and developers who had previously partnered with The Echo Nest as an independent company. Both Spotify and The Echo Nest, however, assured that the company’s API (application programming interface) would remain free and open under the transaction.

In a blog post, The Echo Nest stated: “When we began talking with our longtime friends at Spotify about working together, it became clear how much they share our vision: care for the cause of music at scale.” The company added that it looked forward to working with partners to building apps and services that use its own data services and Spotify.

In that vein, both companies stressed that serving the developer community would continue to be a priority as a combined entity.

The Echo Nest, which grew out of an MIT Media Lab project nine years ago, will continue to operate out of its Somerville, Mass., headquarters, as well as its San Francisco office.

U.K.-based Spotify, which provides on-demand access to 20 million tracks, says it has 24 million active users worldwide, including 6 million paying subscribers. Pandora, which competes directly with Spotify Radio, relies on its own Music Genome Project rather than The Echo Nest to generate music recommendations for listeners