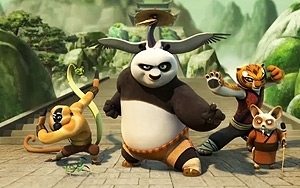 A privacy lawsuit against Google and Viacom should be allowed to proceed, lawyers representing a group of children say in new court papers.

“Viacom and Google, for their own pecuniary gain, have systematically employed Internet cookie technology to violate minor children’s right to be let alone,” the children's attorneys say in court papers filed this week with U.S. District Court Judge Stanley Chesler in Newark, N.J. “Defendants have developed third-party cookies to share video-viewing histories of these children and otherwise to track the contents of the Internet communications of millions of American children.”

The lawyers are making the argument in response to requests for dismissal by Google and Viacom. Those companies argued in January that the children shouldn't be allowed to proceed with the case because they didn't suffer any injury from the alleged use of tracking cookies on the sites Nick.com, NickJr.com and NeoPets.com.

The children's attorneys now say that Google and Viacom “miss the point” of the lawsuit. “The statutory and decisional foundation that otherwise enables the defendants to place cookies on user’s computers is consent. Here, defendants repeatedly ignore the fact that this is a class of children, who, as a matter of law, are incapable of providing consent,” they argue.

The 2012 lawsuit, brought on behalf of children under 13, centers on allegations that Google and Viacom violate kids' privacy by placing cookies on sites aimed at children. The complaint alleges that Viacom and Google "developed, implemented and profited from cookies" that tracked video viewing by children. The users say the companies are violating the federal wiretap law, various New Jersey and California laws and a federal statute prohibiting video rental services from disclosing users' personally identifiable information without their written consent.

Viacom said in its earlier papers that cookies in themselves don't tie information about the videos people watch with their “real-world names and addresses.” The children's lawyers take issue with that statement. “Assigned 'anonymous' information by Viacom can actually be far more likely to lead directly to a specific person. Disclosing that a real-world John Smith watched 'Pocahontas' would lead one to a large group of people across the country. User ID numbers, however, have led to the identification of individual people with uncanny accuracy,” they argue. They then referenced a 2006 article from The New York Times, which recounted how reporters were able to learn the identity of an AOL user based solely on a three-month record of her search queries.