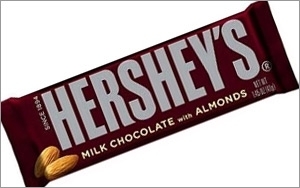 In a slower overall growth climate for U.S. consumer packaged goods, most of the largest companies continued to lose share to smaller ones in 2013, according to the second annual CPG Momentum report from The Boston Consulting Group (BCG) and Information Resources, Inc. (IRI).

However, for large companies overall share loss slowed, thanks largely to some big players’ renewed focus on driving volume growth instead of raising prices, concludes the research.

As it did last year, BCG and IRI examined more than 400 public and private CPG companies with annual U.S. retail sales greater than $100 million, then scored and ranked them on growth performance using a combination of retail dollar sales growth, volume sales growth, and market share gains.

The researchers ranked the top 10 performers in three size categories: large (more than $5 billion in measured retail sales), midsize ($1 billion to $5 billion) and small ($100 million to $1 billion). Companies making the top 10 lists performed at the top of their classes in overall growth momentum over the past year.

Among large companies, the top five all showed growth across all three metrics: Hershey Company, Lorillard, Mondelez International, Campbell Soup Company and Procter & Gamble. These companies' dollar sales growth ranged (not necessarily in overall company ranking order) from 6.1% to 1.2%; their volume sales growth ranged from 4.7% to 0.5%, and their market share percentage-points gains ranged from 1.2 to 0.2.

On average, the top 10 small companies had dollar sales growth of 54.9%, volume sales growth of 50.3%, and a share percentage-points gain of 2, compared to averages among all other midsize companies studied of 2.5%, 1% and 0%, respectively.

In total, since 2009, large players have ceded 2.3 share points to midsize, small and extra-small companies, representing $14 billion in lost sales.

The inroads by small and extra-small companies in particular have come in part through reduced barriers to entry, including the emergence of digital media, which lowers advertising costs, and the rise of online and specialty retailers, which offers new selling opportunities for small and extra-small players.

Still, despite a decline in their overall share (just one-third of large CPG companies grew their shares), large companies collectively performed better in 2013 than in 2012.

As noted, this was particularly true for the five top-ranked large companies. Gains were largely driven by a renewed focus on delivering volume growth instead of raising prices to achieve short-term gains in dollar sales, with tactics including garnering more shelf space with the right assortments and revenue management.

But smaller companies' success at discovering new pockets of growth within mature categories underscores how crucial it is for all companies to spot and capitalize on trends quickly, noted the researchers.

Regardless of size, key similarities were identified among the strategies of top-performing companies:

*They create product offerings that target specific, unmet consumer needs that often serve as a replacement to undifferentiated products found in large, established categories, rather than relying on category ubiquity for volume.

*They drive growth primarily through volume rather than employing pricing as a short-term tactic to drive dollar value growth in the face of declining volumes. This is particularly pronounced among large companies, where the top 10 performers garnered just 0.6 percentage points in growth from pricing, while the rest of the large-company universe generated 1.3 percentage points of growth from price increases in an effort to offset even larger base-volume declines.