Read All About It: DFM, Rumble Partner On Mobile Publishing 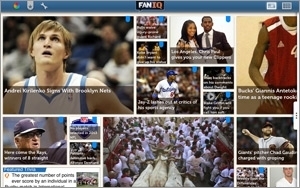 Until now, DFM, whose properties include The Denver Post, San Jose Mercury News and LA.com, has integrated with multiple vendors to build up their mobile technology stack. However, this patchwork of vendors have constrained DFM's ability to pursue a more ambitious mobile strategy.

Not only did DFM see mobile traffic exceeding desktop traffic, it also saw that its native app traffic was beginning to outpace their mobile Web traffic.

The rapid swing into mobile made it critical for DFM to both centralize their mobile systems and to begin introducing new innovative features to their audience.

Although mobile is a key priority for digital publishers -- DFM's native mobile app traffic, for instance, exceeded its mobile Web traffic last year -- most are unable to develop these technologies on their own due to budget constraints or lack of expertise.

Now, Rumble's platform enables all 100+ of DFM's properties to integrate and control mobile apps -- both phone and tablet -- in real-time and increase the distribution of content across multiple apps. “Media companies have witnessed a seismic shift in readership as audiences transition to mobile," said John Paton, CEO, Digital First Media. "Rumble’s truly integrated and flexible platform allows content teams and advertisers to deliver news and information in real-time."

Publishers "can change the way they curate the editorial, make it into a special section or on the front page, change the coloring [or font], rework the ad placement, or make it photo intensive," says Uyen Tieu, CRO/Co-founder, Rumble. "For example, when there is major breaking news, like the recent gas explosion in New York City, editors could create a special layout in real-time across the all mobile devices in five clicks."

Moreover, Rumble's centralized platform allows publishers to offers the same benefits to advertisers. "Mobile advertisers are tired of the banner ad at the bottom," says Tieu. "The same way you can change [the layout] for the Super Bowl, you can do it for a sponsored section, while also collecting more data and increasing the ability to target [readers]."

At the same time, Rumble's platform enables national coverage. "If [advertisers] wanted to execute a national buy across properties, they had to stitch it together. Now, they can do [a national ad buy] at one central location that reaches across all of DFM's mobile platform," says Tieu.

Plus, the partnership includes the creation of an Innovation Lab to introduce advanced technologies to DFM’s users.

Indeed, Rumble serves as an advisor to DFM when it comes to ad buying and planning. "We sit at a really interesting position, since we know the other side. We see what they are pitched and what they really cost," says Tieu. "We have a vested interest in their success [since the deal is largely a revenue-sharing model]."

Plus, Rumble is expanding its services to not only newspapers, but native online publishers and TV publishers. "Right now, so much creative is constrained by templates. We offer the ability for content producers to keep their focus on editorial integrity, while we focus on having the tech foundation to serve up their mobile product on a central platform,” says Tieu.