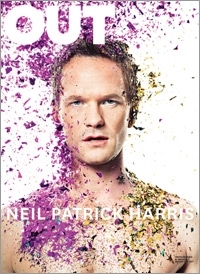 The print editions of mainstream newspapers and magazines might not be faring so well, but LGBT print media are booming, according to the latest Gay Press Report from Rivendell Media, which has been tracking LGBT print media spending since 1994.

The survey is based on results from 125 LGBT titles across the country.

As in previous years, local advertising dominated LGBT media spending by a large margin, with local publications accounting for 91.2% of all ad spending and 95.3% of all ads. Local newspapers took 55.4% of total ad spending, local arts and entertainment guides 25.3%, and local magazines 10.5%. By contrast, national magazines took just 8.8%.

The 2013 ad spend figure is also a new record, exceeding the previous high of $350 million in 2009, before recessionary pressures made themselves felt. Rivendell noted that this is the third straight year of increasing ad spend, compared to three consecutive years of declining ad spend for consumer magazines overall.

Looking ahead, Rivendell expects growth to continue in 2014, based on strong first-quarter figures.