Audi 'Uncompromised' For A3 In New Campaign 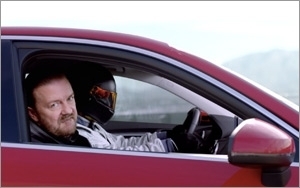 Scott Keogh, president of Audi of America, talked about the importance of the new A3 sedan during a program in San Francisco a couple of weeks ago. After all, the new car is the gateway to the brand for younger buyers, and it is a sedan, which the A3 nameplate hadn't had. The car replaces a sportback-style vehicle, which, while popular in Europe, was never big shakes in the U.S., though Keogh said it did well in California.

To reach younger buyers who might be considering 3-Series, or C Class, or Lexus IS, for that matter, Audi is going big with ads for the new 2015-model A3. This week sees a new advertising campaign, via San Francisco-based Venables Bell & Partners, that starts with a 60-second spot starring several celebrities: Ricky Gervais, celebrity chef David Chang, photojournalist Lynsey Addario, comedian Kristen Schaal, gold medal-winning boxer Claressa Shields, street artists Cyrcle, and inner-city church choir Voices of Destiny each say or sing a line from Queen's hit "We are the Champions." The overarching theme is “Uncompromised,” a message first delivered during the Super Bowl. The ad played on one way compromise can create a monster: a "doberhuahua" dog-thing.

An online component of the new campaign includes a video series, "Uncompromised Portraits," on Audi's YouTube channel featuring each of the people from the ads. Also on tap are two 30-second spots about technology prominent within the new A3. That's another big point for Audi. At the Silicon Valley event the automaker brought in a roster of tech companies that each contributed a piece of soft and/or hardware to the A3 telematics system.

One of the features, a touchpad feature from MMI that resides on the surface of the circular control knob on the center console, is spotlighted in one of the ads, as is WiFi capability via AT&T's 4G LTE Internet functionality, a first in the U.S.

In a shorter spot, Ricky Gervais drives, while a child in the backseat reads Twitter updates, thanks to the WiFi. Momofuku Restaurant Group founder David Chang uses the touchpad in another of the spots. Audi says there will be two more ads in 15-second format.

The buy includes March Madness games on CBS, TNT, TBS, and truTV. Audi says they will also be on channels like FX, ESPN, ABC Family, TBS, AMC, and USA Network. There is also social and digital, out-of-home, and retail.

During the press event for the A3, Keogh said the nameplate is positioned against younger buyers because that's where the brand's growth is coming from. "First and foremost, we are the number one brand in terms of attracting Gen X and Gen Y." The A3 has been around for a while but as a sportback-style car, which did well in California, per Keogh. "And it does really well in Europe. But we needed this sedan. This is the first time we developed a car for the U.S.; it's something we have been fighting for."

The nameplate should constitute 75,000 units of sales volume this year, per Keogh. "The goal is not to just to put our toe in the water, to launch a sedan and see what happens. We are launching several variants and four body styles." Besides the new sedan, starting at $29,900, there will be a Audi A3 Cabriolet, the A3 TDI diesel sedan, and high-performance S3 sedan this fall, and the A3 Sportback e-tron gasoline electric plug-in hybrid (PHEV) in 2015. Also this year the company is launching updated versions of the A8 and S8, plus the Q3 (which is built on the A3 platform) and new TT sports car.