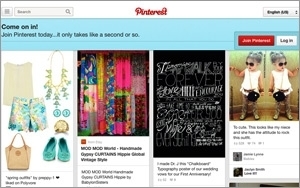 Pinterest plans to begin offering brands targeted advertising based on specific searches by June, per a report. The focus highlights the integration of search into social sites, how social supports consumer searches, and how well-designed content will increasingly play an important role in ads.

Promoted Pins have been around since last year, but Pinterest did not charge brands for participating in tests that not only experimented with images, but also colors. The concept literally took a page from glossy magazines and stuck them online via a pin board. A Pinterest visitor might see a photo for a Hilton hotel in a city or a state rather than a list of rates and cities. Today, the company doesn't generate revenue, but it did test affiliate links early on.

Pinterest also started building its analytics platform and integration with third-party tools. Pinterest began collecting data for verified Web sites on November 2012. The data goes back to that date or the date the brand verified their Web site on Pinterest, per the company.

It continues to build its advertising model on search and analytics. One of the company's initial angel investors -- Jack Abraham, founder of search engine Milo acquired by eBay, and son of comScore cofounder Magid Abraham -- has a knack for combining search, social and analytics into a successful business.

Pinterest is no exception. eMarketer estimates the number of U.S. users to access Pinterest at least once monthly in 2014 will rise 12.9% to 38.8 million, compared with the prior year. Of those accessing the site in 2013, the majority were females -- about 30 million, compared with 4.9 million males. More than two-thirds of Pinterest users in 2013 were between the ages of 18 and 44.