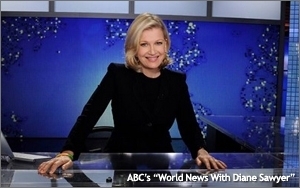 Some good news for two traditional TV news platforms -- viewership rose in 2013 versus the year before.

A Pew Research Center annual study showed that the combined three commercial broadcast evening news networks -- ABC, CBS, and NBC -- had a 2.3% increase in overall viewership to some 22.6 million.

Network’s morning news programs also collectively rose: 6.7% to $13.4 million. But here the majority of the growth came from ABC’s “Good Morning America,” which added 11% to 5.5 million viewers. The two other big early-morning TV shows declined: “CBS This Morning” was down 18% to 3.2 million and NBC’s “Today” sank 3.7% to 4.7 million.

After some four years of declining numbers at local TV news programs -- between 2008 and 2012 -- viewership has ticked up.