AOL To Mesh Ad Tech Stack Into 'One' Platform

AOL on Wednesday revealed ONE, a cross-screen programmatic advertising platform born from the company’s existing ad tech stack. IPG Mediabrands has signed on as the platform’s charter partner. The platform is under development and portions of it will be available to marketers later this year.

Advertisers will be able to use ONE to purchase display, mobile, video, TV, tablet, desktop inventory via reserved or non-reserved methods. 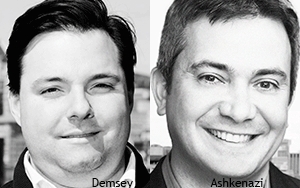 Seth Demsey, the company’s chief technical officer, and Amir Ashkenazi, founder and CEO of Adap.tv, spoke with RTM Daily about the new platform. Together, they serve as its two-headed leader: Demsey as the tech guy and Ashkenazi as the product unit leader.

Demsey shared that ONE has been “the grand plan since late 2010,” when AOL decided to focus on its programmatic efforts. While ONE may be an amalgamation of existing platforms, Demsey noted there are new features.

“We are focused on intelligently connecting our platforms,” he said. “For example, we want to make sure the same data used in Adap.tv is available as an input into the AdLearn optimization for mobile. We want the targeting data from AdLearn to be available for Adap.tv.”

There will not be multiple data management platforms (DMPs), which Demsey hopes will make life easier for advertisers. Additionally, the platform will require just one login.

“A combination of acquisitions and product launches are culminating in ONE as you see it today,” Demsey said. “But it won’t be how it looks in three years.”

AOL will use the ONE platform for its own programmatic buys, and the platform will be available to others as an enterprise solution, per the release. It will launch globally.

Tim Armstrong, CEO and chairman of AOL, and Bob Lord, CEO of AOL Platforms, announced ONE at ad:tech San Francisco 2014.