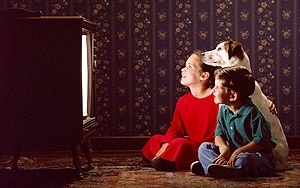 “Get them while they’re young.” It’s a maxim that companies and marketers have long held dear.

A series of studies from the Eller College of Management at the University of Arizona and the College of Business at Stony Brook University shows just how far that practice goes.

In the studies, which examine how childhood marketing affects us as adults, the researchers used images of brand name foods and the characters used to market them to children -- Ronald McDonald and french fries, for example -- in a series of four studies designed to rule out alternative explanations when the findings are looked at as a whole.

Three phenomena emerged. First, when thinking about two sugary cereals -- one with a character we remember from childhood and one after our time -- we see the one from our own childhood as healthier.

Second, that favoritism persists, even after our “adult brains” are primed to think about things like nutrition, exercise and even how children are especially vulnerable to advertising. Finally, the biases are so ingrained that we bring them to thoughts about new products in the same brand family that might exist at some point down the road.

The findings are both sobering and promising, according to the researchers. On one hand, they’re a wake-up call: Even when we think we’re making adult choices at the grocery store, those beloved tigers and rabbits from childhood commercials may still be pulling strings.

"A lot of children's advertising has been around for more than a half a century,” said Merrie Brucks, one of the professors behind the study, in a release. “Parents should consider that their judgments about products that had ads they saw as children might be clouded."

The researchers also suggest that parents teach their children early that ads are not like other cartoons -- they they’re meant to make us believe things and that they don’t have all the information we should want.

On the other hand, the studies also suggest how white-hat marketers can use these “back doors” to lifelong beliefs to their advantage. Anti-smoking campaigns, for example, might be more effective throughout our lives if built on characters we first learn to love as kids.

Findings from the study, conducted by Brucks and Jesper H. Nielsen of the University of Arizona in collaboration with Paul M. Connell of State University of New York at Stony Brook, will be published in the June 2014 issue of Journal of Consumer Research.