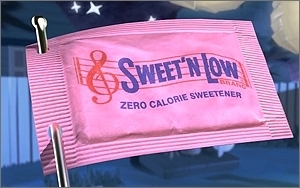 At the time, KSL said it was “forced” into the settlement because a former controller did not properly maintain financial records needed to support its case in court. Cumberland had sued the agency for failing to place media that it claimed it had paid for in advance.

Now, KSL Trustee David Gottlieb has told the Bankruptcy Court hearing the case that the settlement amounted to what he termed a “fraudulent transfer” that should not have occurred and that is legally voidable.

Cumberland, the marketer of Sweet’N Low artificial sweetner, and an affiliate received nearly $10 million under the settlement, according to Gottlieb’s filing. Earlier court filings suggested that KSL founder Kal Liebowitz and former CEO Hank Cohen were apparent “beneficiaries” of the deal.

Given the fraudulent nature of the transaction, and the fact that payments were made within 100 days of KSL’s Chapter 11 filing, the trustee said, KSL is entitled to recover the money. He has asked Judge Alan M. Ahart to void the settlement and order Cumberland and its affiliate, JEM Partners, to return the money to the KSL estate.

Gottlieb argued that Liebowitz and Cohen, when they agreed to the Cumberland and JEM settlements, “reasonably should have believed that [the agency] would incur debts beyond its ability to pay as they became due and was insolvent or became insolvent as a result of entering into the” agreements. Under California law, Gottlieb told the court, the agreements are “voidable.”