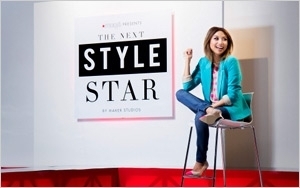 As part of its intensifying efforts to connect with Millennials, Macy’s is adding original programming to the mix, debuting a new video series called “The Next Style Star.”

To produce the 10-episode series, the retailer is partnering with Maker Studios, which bills itself as the largest producer and distributor of online video content for Gen Y.

The show is hosted by Jeannie “How do I look?” Mai. It highlights fashions from many of Macy’s exclusive collections, challenging 16 up-and-coming stylists to create looks for various occasions, under the pressure of a ticking clock.

Contestants are competing for a $10,000 prize, as well as the chance to serve as guest stylist on a future shoot for the retailer, and to have his or her winning ideas featured in the Impulse Department at its flagship store in New York City.

“With an ongoing focus on the Millennial customer, Macy’s is passionate about creating innovative partnerships that will result in fresh, entertaining and useful content for our customers,” says Martine Reardon, Macy’s CMO, in its release.